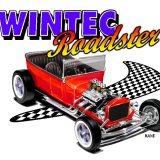 The name Wintec Fabrication is relatively new on the T-Bucket kits and components scene, but it came to the market with almost two decades of T-Bucket manufacturing experience behind it. According to owner, Jim Wilkos, Wintec was born out of necessity after he heard the news on New Years Eve 2008 that Total Performance, the company he’d worked for since the early ’90s, was being sold to Speedway Motors.

Not long afterward, Jim purchased the Cool-Flex fluid transfer hose business from Total Performance founder, Mickey Lauria. After the trucks from Speedway Motors had emptied out the Total Performance facility and moved everything to Lincoln, Nebraska, the former home of Total and Cool-Flex went on the market and by a combination of coincidence and good luck Jim Wilkos’ operations are now in that same 400 South Orchard Street building in Wallingford, Connecticut.

Jim started the Wintec Fabrication division of Cool-Flex as a manufacturer of a wide variety of universal T-Bucket parts and components such as shock and radius rod mounting brackets, motor and steering box mounts, etc. By the Fall of 2009, Jim felt it was time for Wintec to introduce a signature T-Bucket product. Calling on his many years of customer contact at Total, Jim recognized a void in the market for a truly bigger T-Bucket — not just a bucket stretched a little in the cowl or the door for more legroom, but one that would be able to accomodate more than two people or some significant cargo while still having that great T-Bucket look, rather than the dowdy appearance of the touring cars of that era and some reproductions today that appear to be nothing more than a couple of T-Bucket bodies grafted together. From past experience, Jim knew that a lot of people interested in a larger T-Bucket thought that all you needed to do was put bigger body on the same frame. But that simply won’t work for a variety of reasons. The new Wintec Roadster had to follow the same comprehensive, coordinated T-Bucket kit theme that had been successfully employed when he was vice president of operations at Total Performance. Thus, the new Wintec Roadster was introduced with a body that stretched 75 inches when measured from firewall to rear, compared to around 48 inches for a regular T-Bucket.

Mounted on a 110 inch wheelbase chassis, this new phantom body offers great proportions and enough flat floor room so that the front seat can be positioned where it is absolutely comfortable for the owner, while still leaving room in back for the kids and/or cargo. “It’s still T-Bucket money, affordable and easy for the first time car builder,” said Jim. “It employs standard, proven components and requires only basic hand tools and a bit of common sense to assemble.” Following the comprehensive kit theme, Wintec also offers bucket or bomber seat interiors, matching soft tops, windshields, and everything you need to put together a complete Wintec Roadster T-Bucket. “We want to eliminate frustration by supporting the customer with our knowledge and know-how on every part possible,” said Jim. But, that’s not all. According to Jim, if you’re the owner of one of the 4,000 Total Performance-based kits produced, you can use most of what you already have to convert to the much roomier and more distinctive Wintec Roadster. For around $5,000 you can purchase a new Wintec Roadster body, frame, fuel tank, driveshaft, brake and fuel lines, etc. That investment can be significantly offset when you sell your old body and frame to someone else, while keeping your suspension and other accessory elements on the new roadster. So, if you have a growing family or you’ve been seeking a lot more room than you can get in even a stretched T-Bucket, check out the new Wintec Roadster. Also, if you’re one of those many guys with a Total Performance T-Bucket and you’re in need of replacement parts there’s a good chance Wintec can provide you with a new part they produce which will fit right into your application. 10 thoughts on “The Wintec Roadster, a “Bigger” T-Bucket Kit”