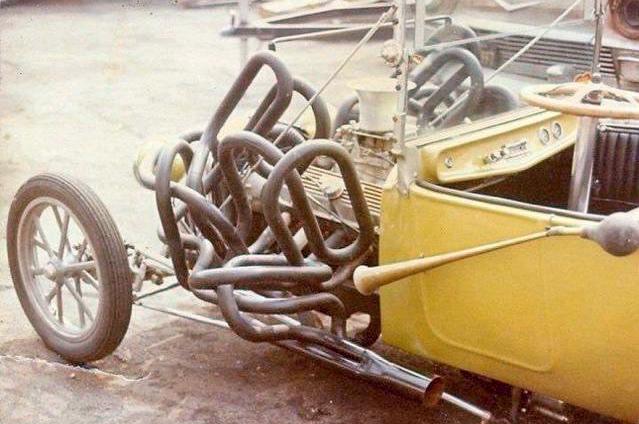 Originally published May 31, 2015: T-Bucket headers are an important component that are easily taken for granted. They can make all the difference in the overall appearance of a T-Bucket. As an early example from the 1940s, the Ed Iskenderian “La Cucaracha” T roadster utilized pretty utilitarian, although beautiful in terms of lines and chrome, headers with the three individual ports going into a larger exhaust tube that led back to the car’s rear axle. By the early 1950s, Norm Grabowski’s “Lightnin’ Bug” version of his famous T-Bucket carried on the same basic design that Isky used a decade before, although Norm made his with a shorter collector pipe that exited right past the door. Just a few years later, though, when Norm’s radical makeover turned it into what we now call the Kookie Kar the headers were one of it’s most distinctive features, with three individual staggered pipes emptying into a trucker-like exhaust that followed the lines of the abbreviated pickup bed. After checking out Norm’s T-Bucket prior to building his own, Tommy Ivo went with equal length pipes into a collector exiting behind the door for his Buick nailhead engine. Through the 60s and early 70s a wide variety of T-Bucket headers were utilized and the “weed burner” style like on Danny Eichstedt’s “Leg Show” was quite popular.

Around about 1967, though, something was getting started by a couple of hot rodders in Northern California that would have long-term influence on T-Bucket headers. 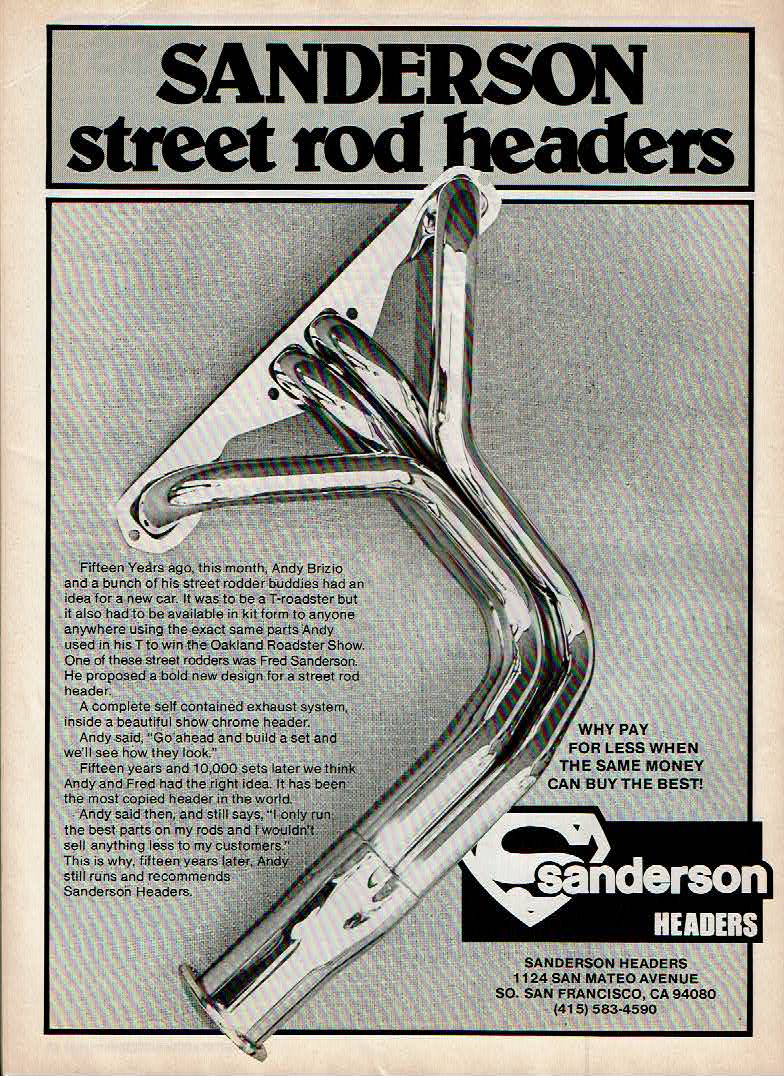 The story is told in a Sanderson Headers ad from September, 1981. It read:

“Fifteen years ago, this month, Andy Brizio and a bunch of his street rodder buddies had an idea for a new car. It was to be a T-roadster but it also had to be available in kit form to anyone anywhere using the exact same parts Andy used in his T to win the Oakland Roadster Show. One of these street rodders was Fred Sanderson. He proposed a bold new design for a street rod header.

A complete self contained exhaust system inside a beautiful show chrome header.

Andy said, ‘Go ahead and build a set and we’ll see how they look.’

Fifteen years and 10,000 sets later we think Andy and Fred had the right idea. It has been the most copied header in the world.

Andy said then, and still says, ‘I only run the best parts on my rods and I wouldn’t sell anything less to my customers.’

This is why, fifteen years later, Andy still runs and recommends Sanderson Headers.

Well, Andy kept on improving his Instant T and entering the Oakland Roadster Show. On his third try in 1970, he took home the coveted American’s Most Beautiful Roadster trophy. It didn’t take long for Sanderson to capitalize on that success and the rest, as they say is history. 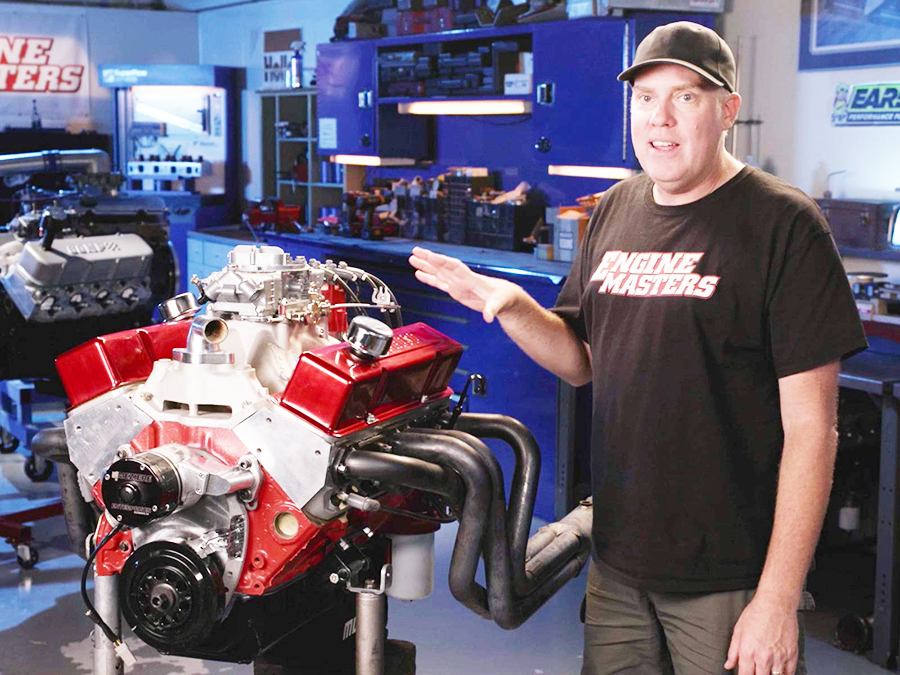 It’s very interesting to know that in an episode of “Engine Masters” David Freiburger, Steve Dulcich and Steve Brulé agreed that their standard dyno headers, which they refer to as “T-Bucket headers”, consistently offer the best performance over a wide range of engine modifications.

Of course, there is no “standard” T-Bucket header, nor should there be simply because T-Buckets are the ideal vehicle for expressing one’s mechanical creativity.