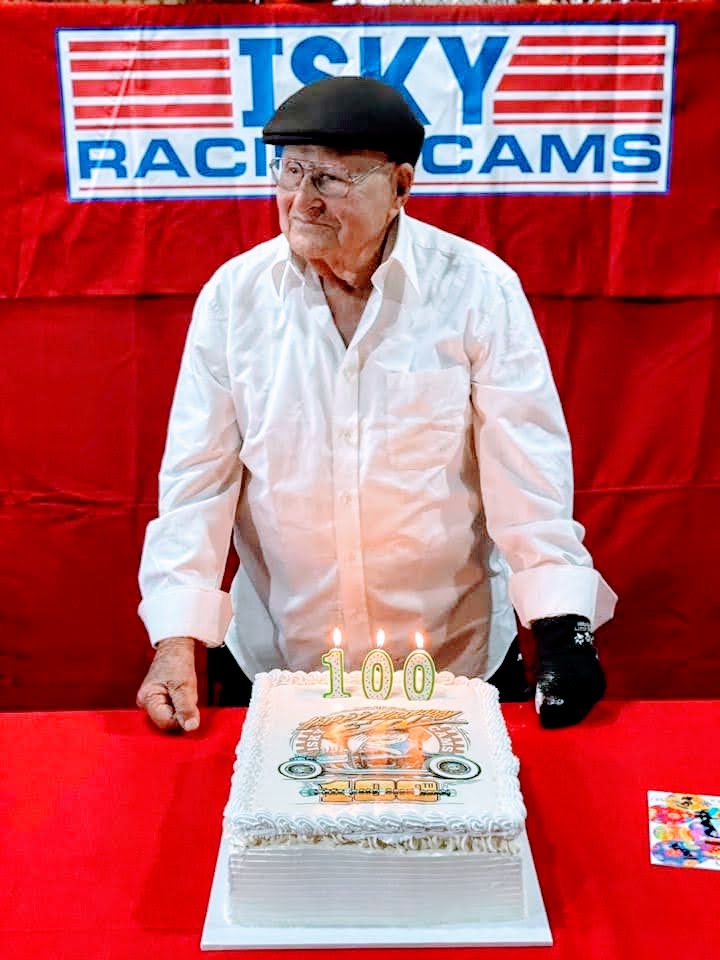 July 10, 2021, is Ed Iskenderian’s 100th Birthday!! We’re happy to help celebrate by republishing this post from 2010 and also releasing our one-hour interview with Ed on our Hooked on T-Bucket Hot Rods Podcast. Join in the celebration! 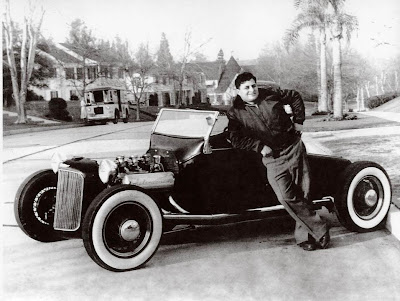 With its nickname being Spanish for “The Cockroach”, it’s likely no insult was intended toward Ed Iskenderian’s iconic 1924 T-Bucket roadster. It’s more probable the moniker referred to the fact that Isky purchased the beginnings of this car for $4 in 1939 from his best friend, John Athan. He then tossed away the flimsy Model T frame rails in favor of the sturdier Essex frame which likely came from a junkyard and offered the added benefit of easily mounting a ’32 Ford flathead V8 to replace the wimpy 4 cylinder T-banger. 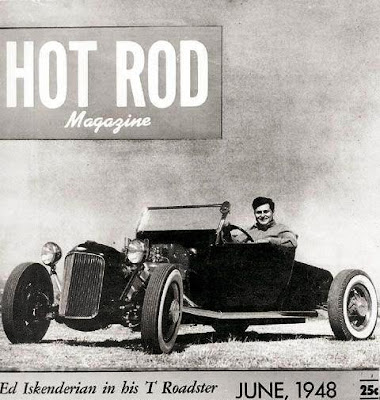 After getting it on the road in 1940, Ed added a set of Maxi “F” semi-overhead valve heads recognizing that the original 1930’s design which put the exhaust valves overhead surrounded by water jackets to improve cooling for trucks would also be the basis for improved performance on the dry lakes. Isky’s intuitions were positively confirmed when his T-Bucket roadster turned 120 mph at El Mirage in 1942. The look and performance of the Isky Roadster were notable enough to land the cover of the sixth issue of Hot Rod Magazine in 1948. In his pursuit of further speed, Ed had sought out Clay Smith for a cam and when faced with the long lead times quoted by the legendary cam grinder, Iskenderian decided to give it a try grinding his own. Thus, the fabled Iskenderian Cams business was born and Ed eventually earned his own nickname, “The Camfather”. 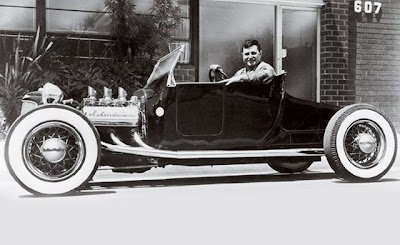 What’s really enduring about the Isky Roadster is its distinctive look. Its sleek profile is due in part to the subtle trimming of 3 inches off the top lip of the body and its unique grill shell is the vertical amalgamation of the top halves of two early 30’s Pontiac grill shells. 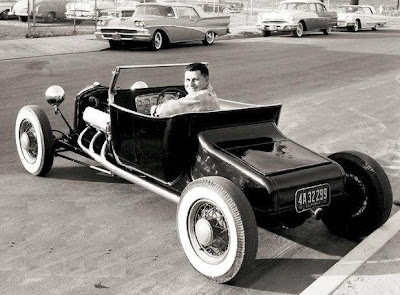 With its black lacquer finish, formerly blood red interior, wide whitewalls on Kelsey-Hayes wire wheels, and swoopy chromed exhaust headers the car created by a young Ed Iskenderian has stood the test of time and is one of hot rodding’s most distinctive icons. I love it!