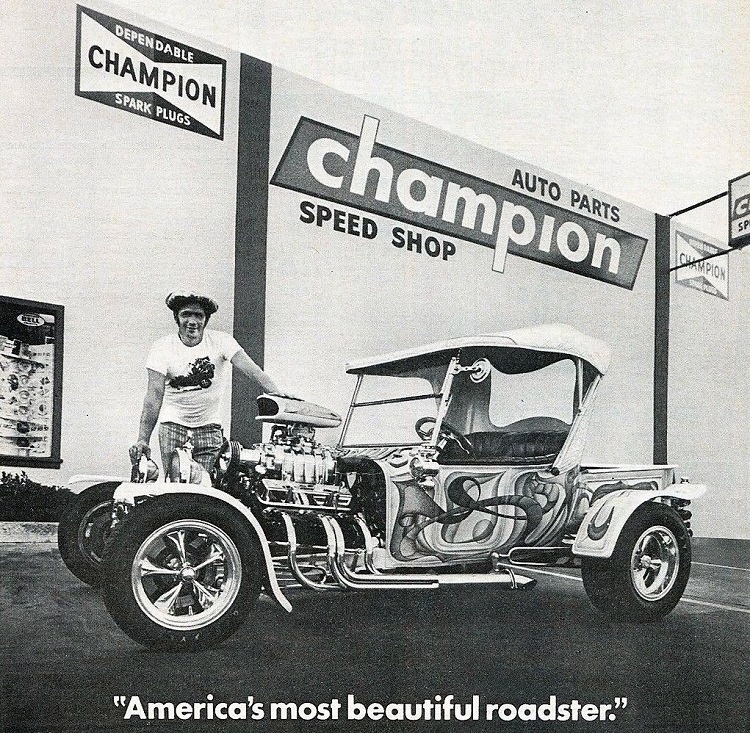 The T-Bucket phenomenon was really building momentum by the mid-1960s when Ray Sisemore’s multi-part “How to Build a Hot Rod” series began chronicling a bucket build orchestrated by Ted McMullen of U.S. Speed Sport in Santa Fe Springs. Not long after that, a young San Francisco Bay hot rodder who mounted all the wheels at Champion Speed Shop during the week and was the flag starter at Half Moon Bay drag strip on the weekends began his own monumental T-Bucket journey. 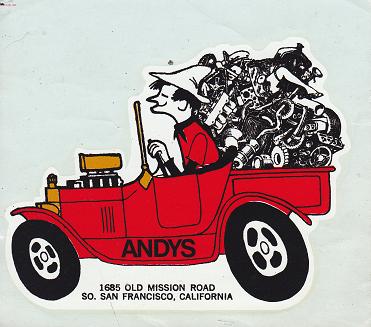 Recognizing the growing T-bucket popularity, entrepreneurial Andy Brizio engaged noted Northern California chassis builder Pete Ogden to build the prototype chassis for the beginning of his new business which was operated out of space in the historic Champion Speed Shop as “Andy’s Roadsters.” 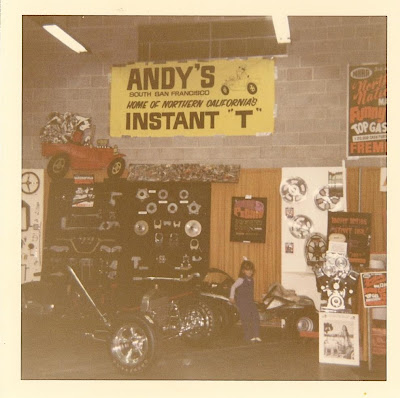 Undoubtedly, Andy’s speed shop exposure helped give him insight into the fact that many hot rodders would like the idea of a single-source supplier of everything needed to build a T-Bucket, whether they were building it at home or purchasing it turnkey from Andy, thus the name “Instant T”. (It’s interesting to note that the banner in the shop photo above reads ” Home of Northern California’s Instant ‘T’.” McMullen’s Southern California U.S. Speed Sport had adopted the “Instant T” name a couple years earlier and that is likely the reason for the geographic qualifier on Andy’s banner. However, the commercial success and notable major car show wins captured by Andy’s roadsters overshadowed the relatively short-lived U.S. Speed Sport).

Either Andy was a marketing genius or he so loved hot rodding that everything he did helped build cache for his T-Bucket roadster business. In 1966 when he was introducing the first Instant T he started an annual hot rodders picnic that became an institution for 30 years. Shortly after winning the America’s Most Beautiful Roadster award, he began a 2000 mile journey cross-country in the same car to attend the first National Street Rod Association Nationals in Peoria, Illinois. 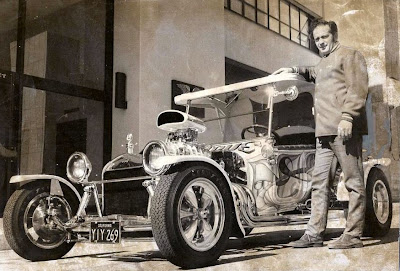 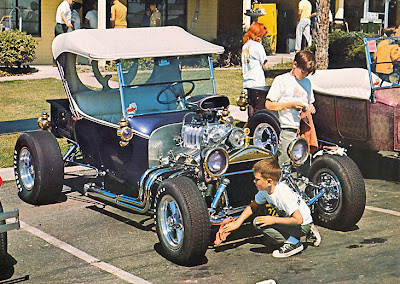 Andy’s “Rodfather” nickname was well earned and he has many accomplishments in hot rodding and even more T-Bucket successes we will explore another day. For now, enjoy a few beautiful Andy Southard, Jr. photographs of Andy Brizio’s equally beautiful Instant T’s. 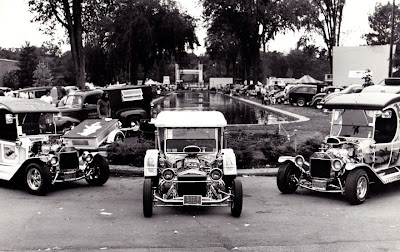 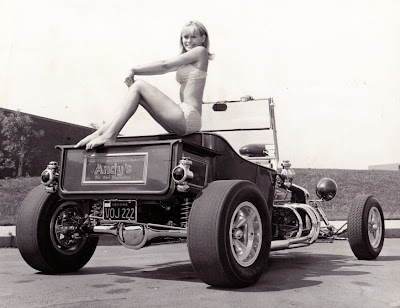 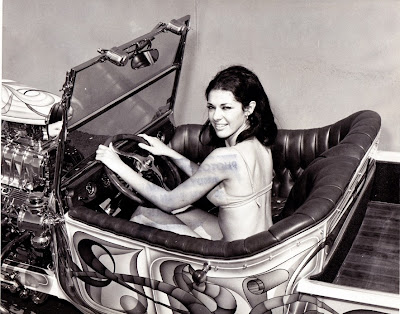 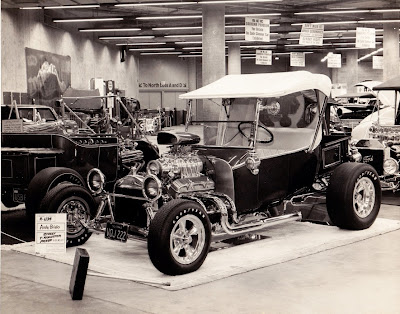 7 thoughts on “Andy “The Rodfather” Brizio and the “Instant T””