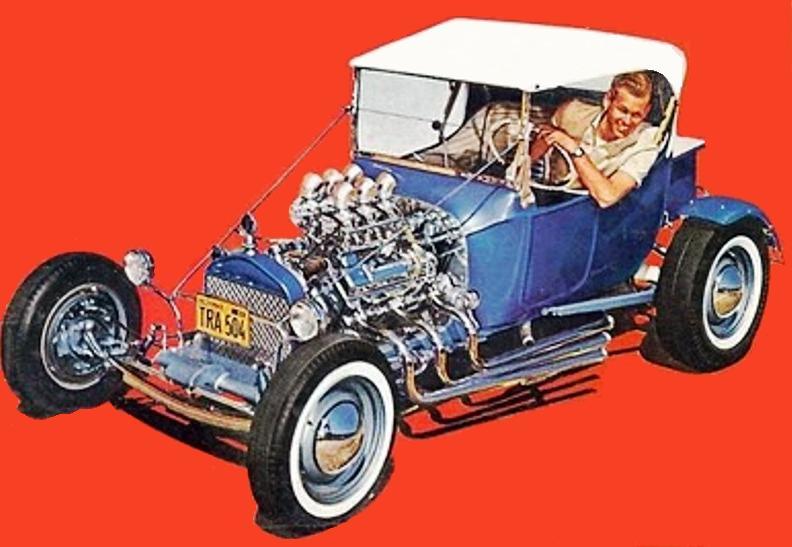 It’s time to update my original two-part story done over ten years ago about Buzz Pitzen building “the world’s first fiberglass T-Bucket hot rod” back in 1959. You’ll find a lot of added new details and photos that will give you even more perspective on this monumental T-Bucket. 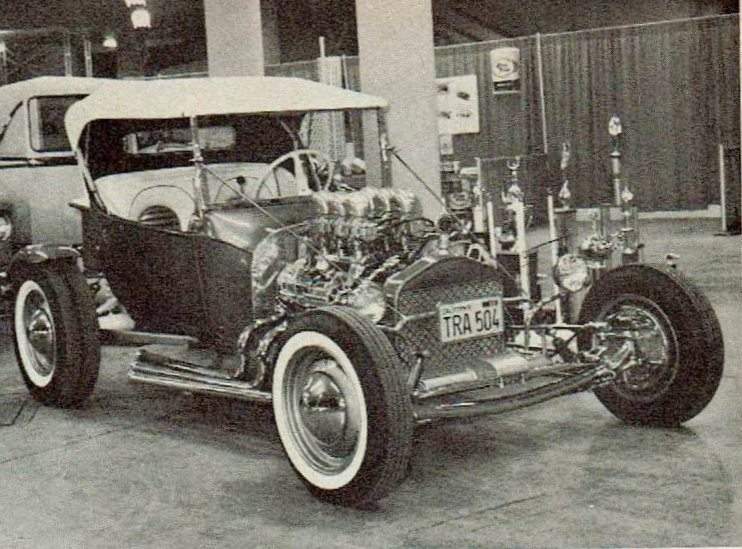 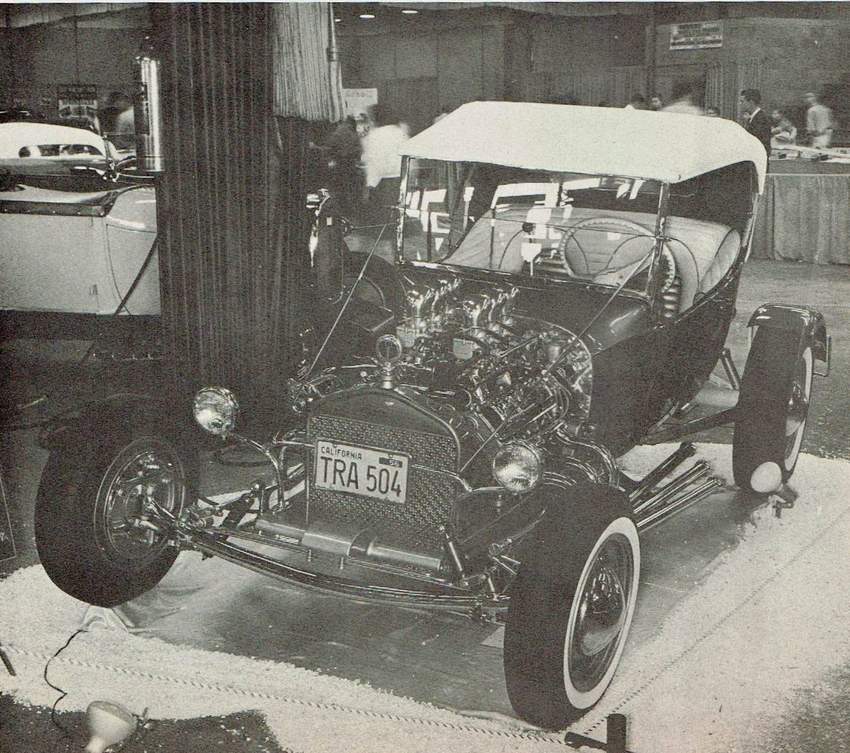 I’ll let Buzz tell the story: “Early in 1959 at the age of 24 I had just sold my fully restored and rodded 1929 flathead roadster to a young fireman, John Rassmussen. John lived in Westchester a nearby town. Soon after he bought the car, John was contacted by Hot Rod Mag and it was featured on the cover and centerfold of the March 1959 issue. This was a beautiful car and I always regretted having to sell it but I had a young Family and needed to get into my first house. It all worked well. John was a great custodian of my car and gave it the best of care. John went on to do some serious drag racing driving my roadster everywhere.” (Note: The Hot Rod article said John Rasmussen “lavished” $3000 on the roadster, which was a significant sum then. Basically, though, the only change John made after purchasing this beauty from Buzz was to add the Moon Disc wheel covers). 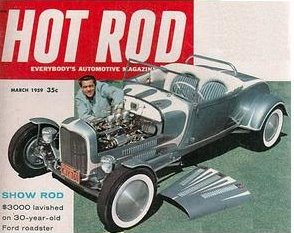 “Anyway, with a new two car garage to work in, my long past desire to build a T-Bucket got underway. Back in the 50’s finding a ’23 T roadster bucket was impossible. They were out there somewhere, but without Hemming’s and the Internet, forget it — only the luckiest hot rodders had one and they were not going to part with it. As you attested in your blog article about how Bud Lang and Curt Hamilton had to rent, not buy, a T body for Dean Jeffries to clean up to make their first body plug, these baby’s were scarce.” (Note: This is the perspective from Buzz, in rust-free Southern California). 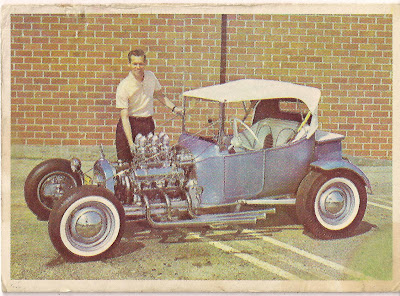 “So not to be daunted and with Corvette’s new fiberglass bodies coming on strong the only thing to do is build my own body out of what else, aluminum! I wanted a fiberglass body but with nothing on the market I opted for aluminum. After several weeks of body buck fabrication, which was a real struggle since I did not have a real body to work with, I became very frustrated. I was not happy with the way things were going.” 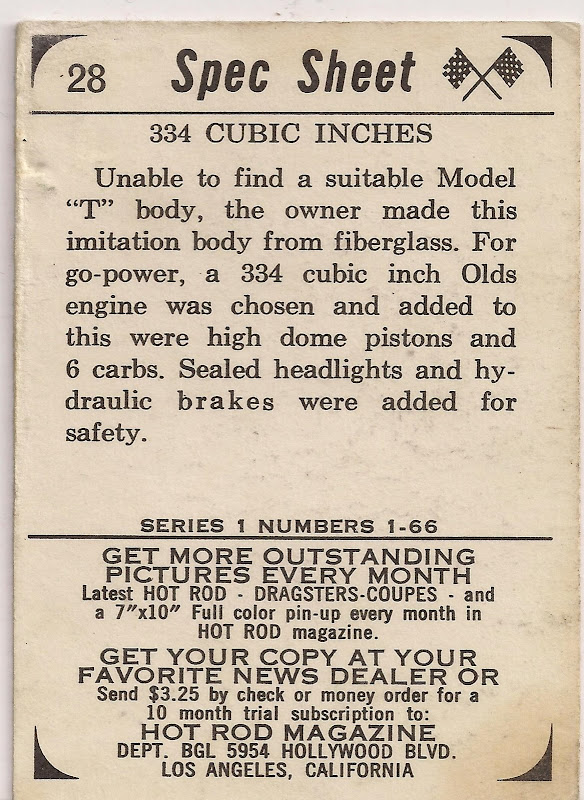 “One evening when I was reading my newly arrived Hot Rod Mag and I saw it. I could have missed it but I didn’t. In very, very small print, Diablo Speed Shop in Walnut Creek, California advertised a Fiberglass T-Bucket body for $149.00.”

“The next day I got them on the phone. My order was placed, payment and shipping were arranged, and my aluminum body Idea was scrubbed.” 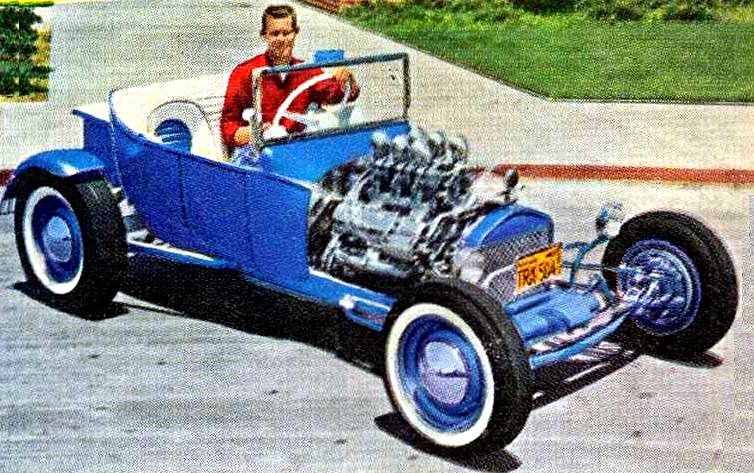 “The body arrived as agreed. It was primed in black primer. I soon saw why. A quick look and I could see I was in for some serious effort to work out the imperfections. The body seam was centered at the doors and slightly concave. The fiberglass layup was anemic and the whole body was in need of some major fiberglass reinforcement. However, I did not see anything I could not correct so the work began. Actually, I was so glad to have a fiberglass body to start with I could not wait to get started, and that is exactly what I did.” 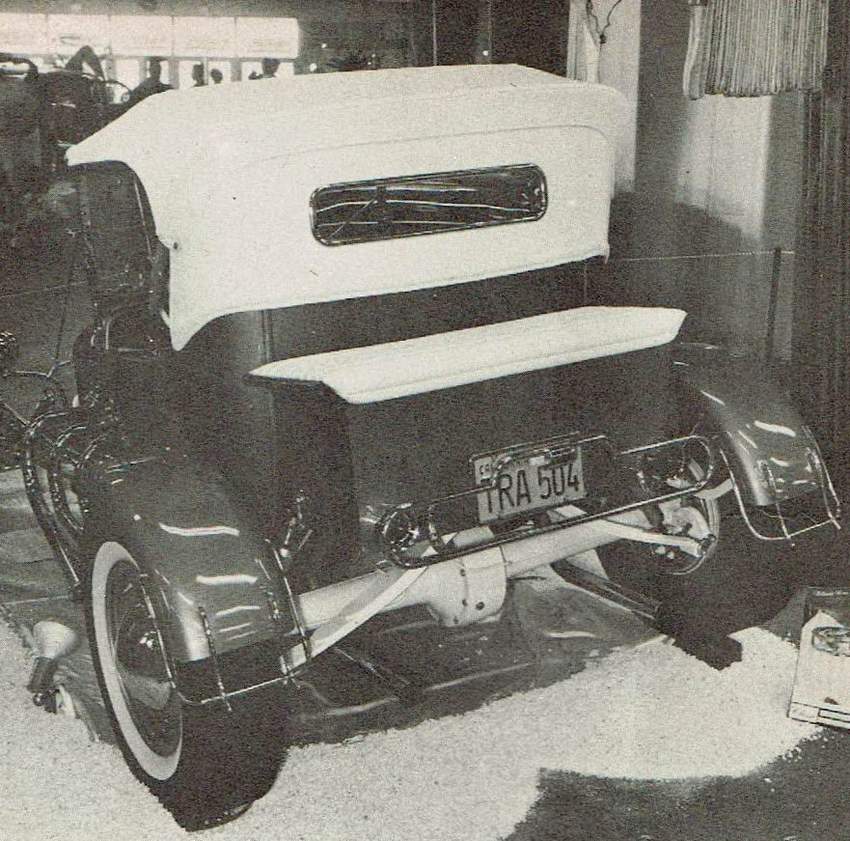 “The project took about a year. I was no stranger to hard work, as they say determination is just a matter of voltage. The actual fabrication is a story of its own. As you know, there were no Cal Automotive or Speedway catalogs around so the car was pretty much handmade. The crossmembers, radius rods, pickup bed, windshield, top bows, headers, intake manifold, you get the idea. But you have to love to do precise work, to do it well. Even at 24, I had spent a lifetime working with my hands. It was something I loved to do. I knew exactly what I wanted. My goal was clear: I wanted to build a T-Bucket that would make the cover of the most famous car magazine in the world, Hot Rod Magazine. HRM didn’t know it at the time but I did.” 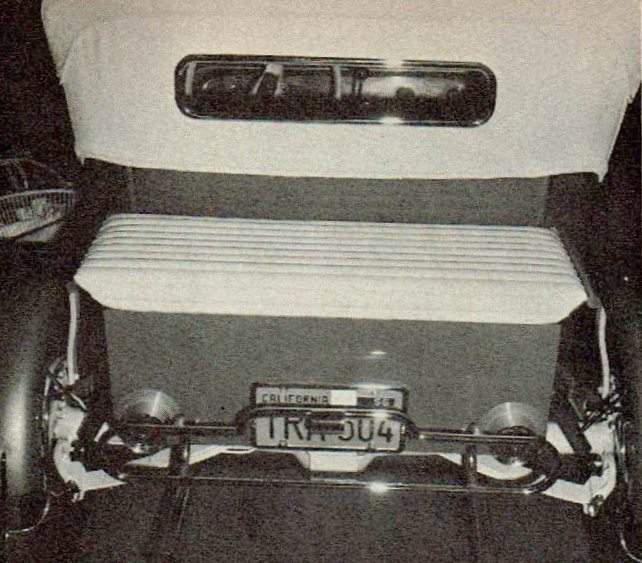 “The only thing to hold me back was a very slim budget, but what I had going for me was a lot of drive and good hand skills. Hand skills I learned from a 50 year Chevrolet mechanic, my dad.”

(At this point I want to thank prolific hot rod photographer and editor, the late Bud Lang, himself a T-Bucket luminary, for reminding me that Buzz’s T-Bucket first appeared on the cover of the December 1960 Car Craft Magazine and was featured as the “Classy Glass T” in a two-page spread photographed and authored by Bud. It is incredible to note in Bud’s coverage of Buzz’s T-Bucket that the construction cost  was $1250 — further proof of Buzz’s construction skills). 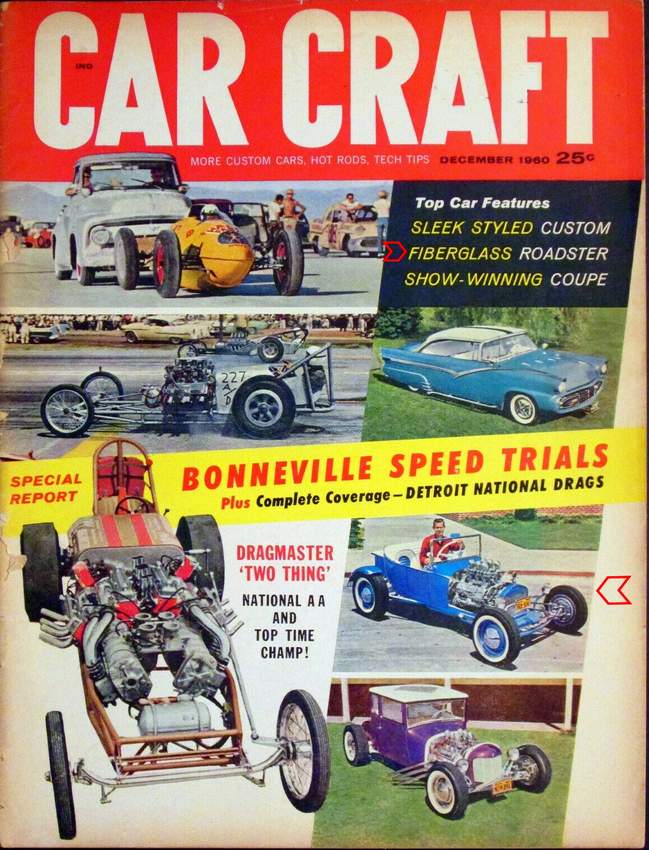 (Bud Lang first became aware of Buzz’s great looking T-Bucket at the Long Beach Renegades’ Rod & Custom Motorama and included it in his show coverage in the November, 1960 Car Craft). 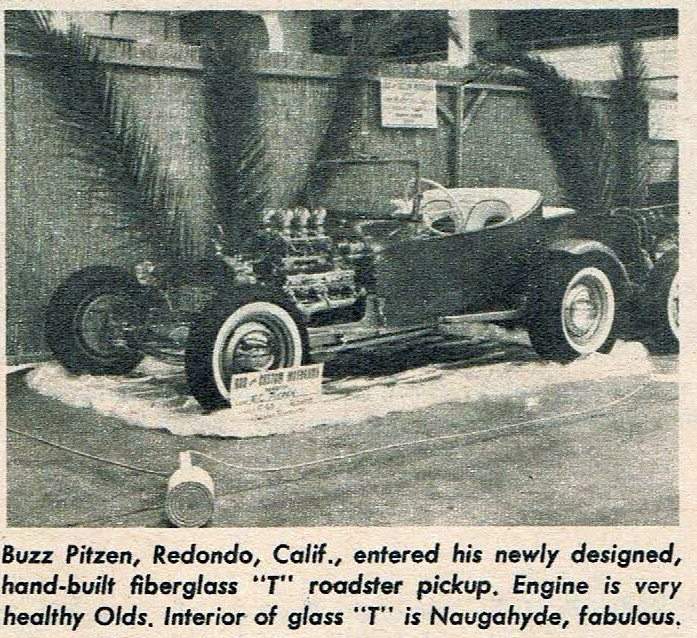 (In the same December, 1960 issue in which it was featured, Bud Lang also included a photo of Buzz’s T-Bucket in his coverage of the Los Angeles Roadster Club’s first annual roadster show at the Hollywood Bowl).

(Buzz and his T appeared in Car Craft again in the June 1961 issue noting it was runner up in the Roadster Pickup class at the Winternationals Car Show). 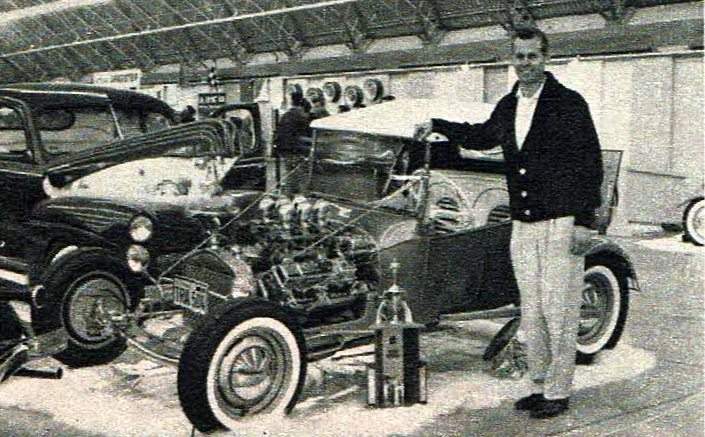 “The next year I achieved my goal when after a photo session with photographer Eric Rickman my T-Bucket made the cover of the June, 1962 edition of Hot Rod magazine.” 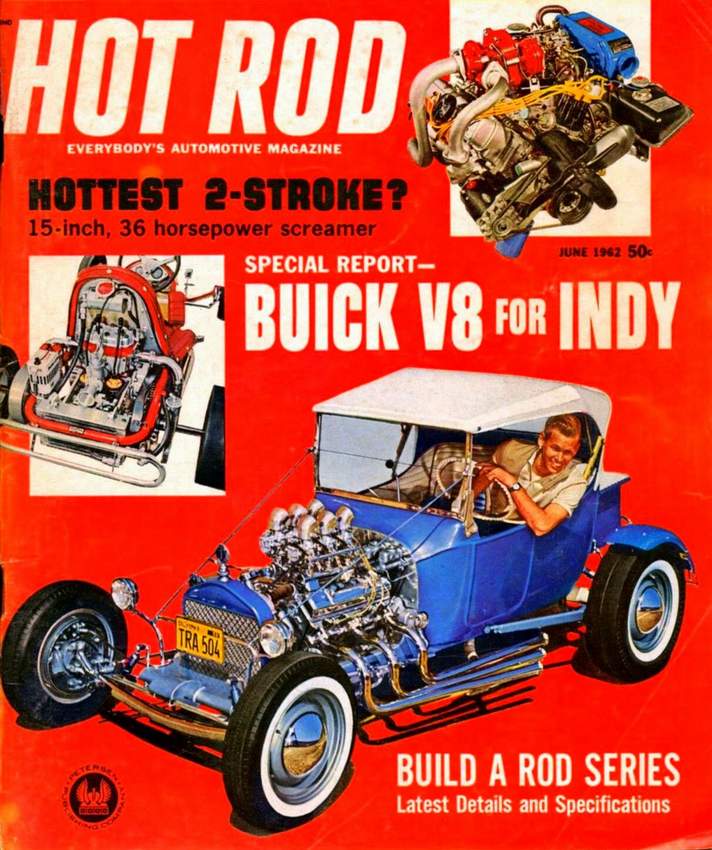 “My little fiberglass T-Bucket was featured in the centerfold as the ‘Glass Image’. I always loved the name ‘Glass Image’. I’m not sure if Eric Rickman (photographer) came up with it or someone else on the Hot Rod Magazine staff. It was perfect for my T Roadster. Anyway, 50 years late, Kudos to HRM.” 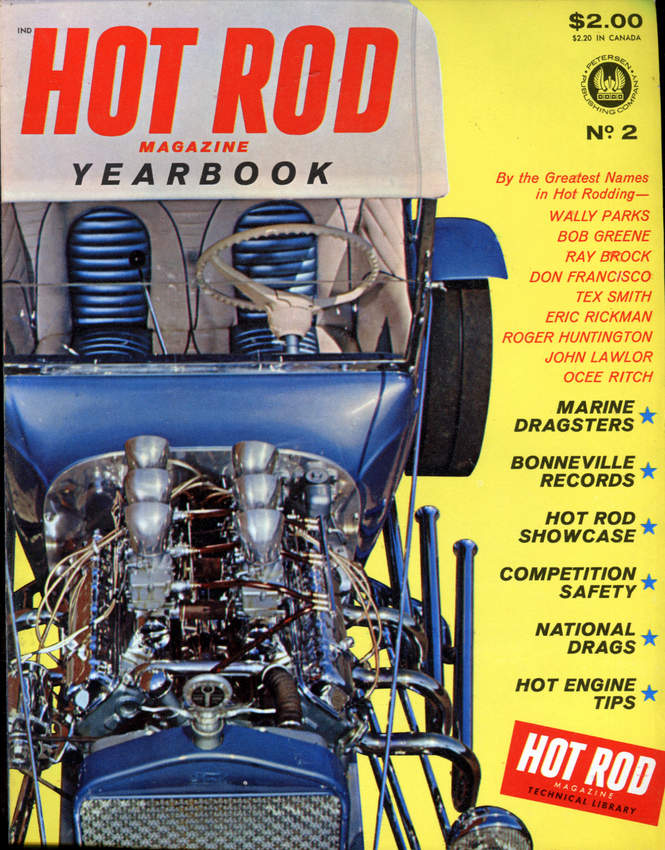 “Later, the car made the cover of the 2nd Annual Hot Rod Magazine yearbook. Mission accomplished. I sold the car to a young businessman and I cannot remember who he was. He paid cash and drove away.”

That’s the quick story of how Buzz’s fiberglass T-Bucket came about. We’ve got all the details about how it was actually built and loads of inspiring pictures in Part II – The World’s First Fiberglass T-Bucket.

Thanks to the Petersen SEMA Digitization Project, here are a few never-before-seen photos from 1961 that help tell the story of Buzz Pitzen’s first fiberglass T-Bucket hot rod. You’ll note that these are before the chromed individual headers were added and which are included in the Eric Rickman 1962 photo session for Hot Rod magazine. 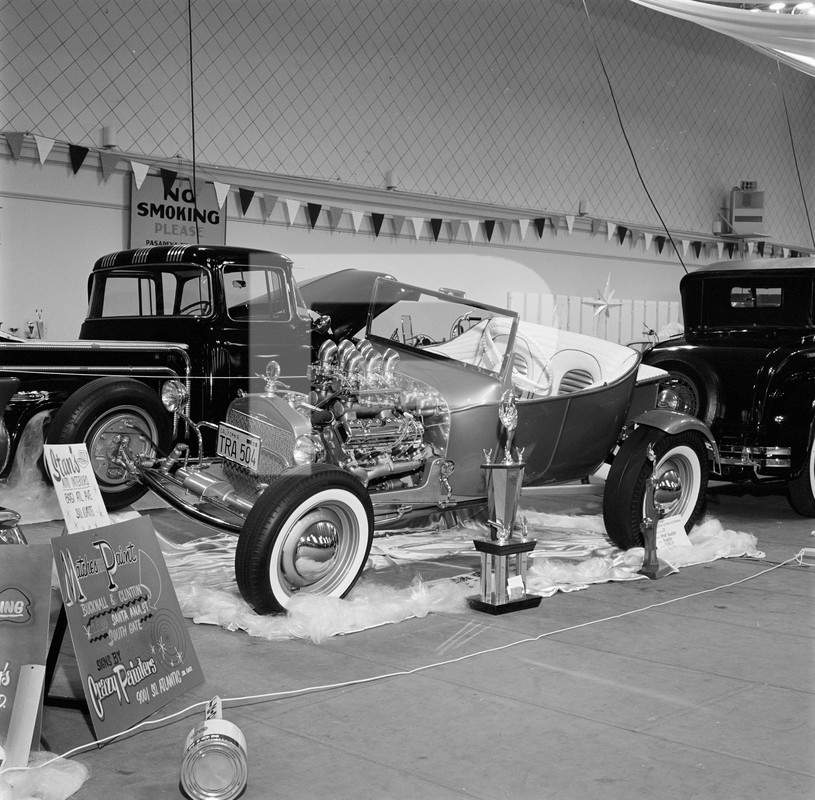 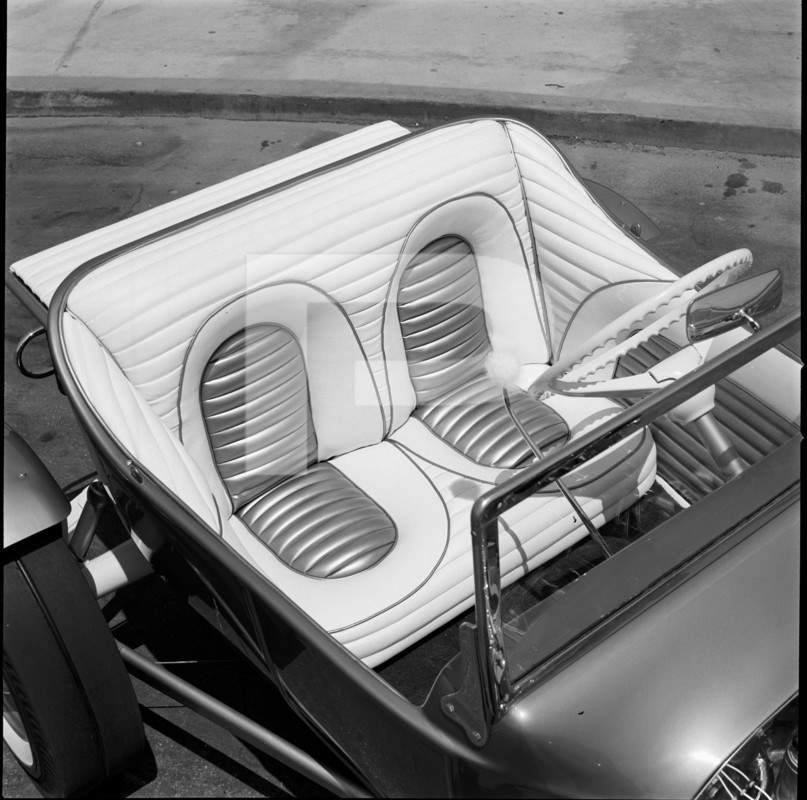 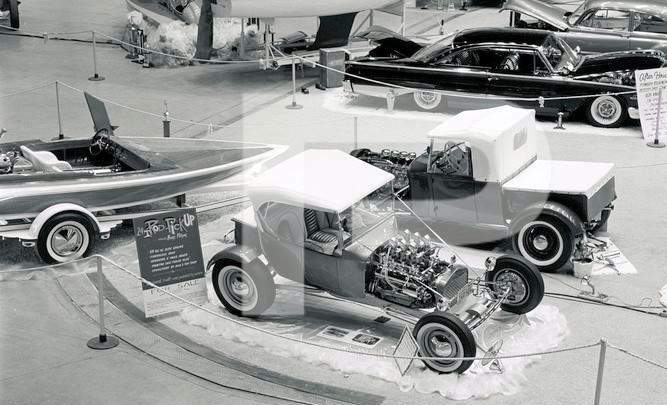 Buzz was on a roll and in July, 1962 his T-Bucket also was featured in Popular Hot Rodding magazine in their “Top Rods in the USA” section. 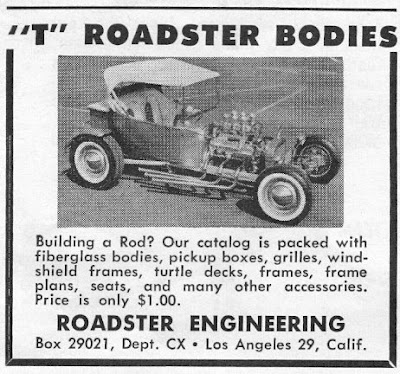 Ironically, a picture of Buzz’s bucket was used in 1964 to promote the fiberglass T-Bucket bodies, frames and accessories of another company, Roadster Engineering, which was Bud Lang’s new business after leaving Cal Automotive. Bud had photographed Buzz’s T for its feature in the December, 1960 issue of Car Craft magazine.

The T-Bucket industry and T-Bucket hot rodders owe a huge debt of gratitude to Buzz Pitzen. Because Buzz was a skilled craftsman and meticulous builder with strong attention to detail the world’s first fiberglass T-Bucket was awarded the most coveted car magazine cover of the day. Thanks to his efforts, the world saw that a fiberglass T-Bucket could be made to be beautiful and functional, while rivaling the steel original in integrity of lines and excelling in terms of value. Thanks Buzz! 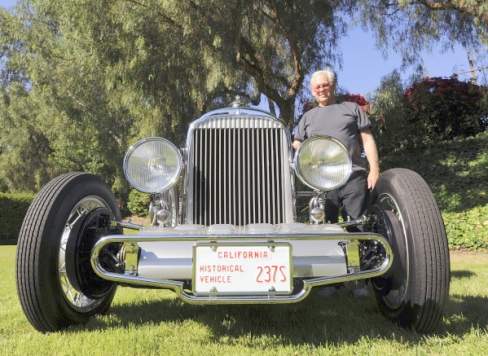 After selling his T, Buzz continued actively enjoying the car hobby. Recently, Buzz said, “I was at a car event with my Speedster when a guy asked me if I would ever sell the car? I answered no. I explained, there was a time when I built neat cars and had to sell them but now I can build ’em and keep ’em. To my surprise I got courteous applause from the crowd that had gathered to check out my car. I now have 6 cars that I fully restored or built. I’m looking for a ’54 Chevy truck to put a Hemi in.” 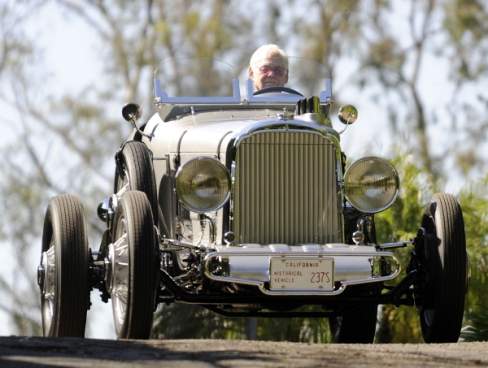 For a real treat, you can learn the nuts and bolts of how Buzz fabricated his historic Hot Rod Magazine fiberglass T-Bucket cover car in Part II>