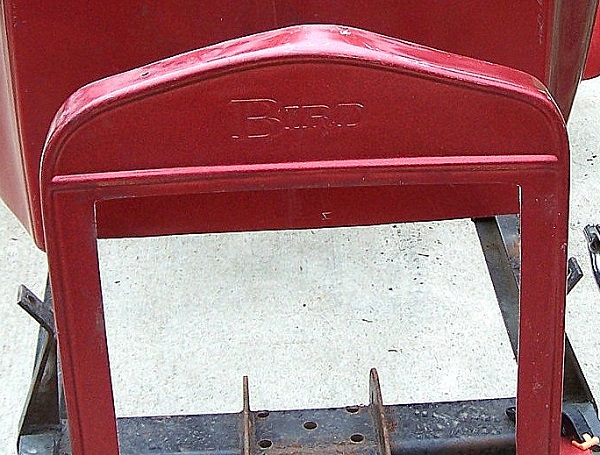 Not all those old T-Bucket kits got built!

As you can imagine, not all those Bird T-Bucket kits got built. The reasons back then were extensive: lack of funds, military service, marriage, job, raising a family, etc. I’d venture that quite a few ended up in the back corner of a garage, waiting for that day when the owner would finally “get around to it”. So, it’s not totally shocking that an unassembled Bird T-Bucket kit was recently offered on eBay. There it was in all its glory having been uncovered after decades of being ignored in someone’s garage or storage shed. Well, not totally ignored, as I’ll explain going forward. What’s immediately noticeable is that someone has done away with the standard Bird front axle and radius rods and purchased a different chromed front axle with hairpins. It also has early 50s Chevy spindles and some later model GM disc brakes have been added as an upgrade to the drum type. Here you’ll note the the building had begun because the owner added a suicide spring perch to the front crossmember. The original Bird design had the spring mounted directly below the steel channel crossmember and you can see the holes still there for mounting the spring. This kit was a deluxe model because it came with the set of four matching metalflake fenders. By the way, ignore the body position in this shot. When completed, the body will be back next to the rear spring kickup. The Bird 11 gallon fuel tank is to be mounted behind the body, but in this picture it rests on the supports for the Bird patented one-piece seat insert. Speaking of the seat insert, here it is mounted on it’s support brackets. You’ll also note the rather minimal upholstery which is the set of 2 Vinyl Covered Polyfoam Seats, Black or White, which came with the Deluxe Bird T-Bucket Kit. You’ll note here that the seat insert was produced for Bird by Nutrend Fiberglass of Valley, Nebraska, a company that probably no longer exists. Early Bird T-Bucket Kits used C-channel frame construction rather than rectangular tubing. However, back in the day that was not an uncommon T-Bucket frame material. It was also used by Cal Automotive in their early T-Bucket kits and which was later detailed by Bud Lang in the January, 1974 issue of Rod & Custom magazine. This particular T-Bucket comes with a mid-50s Chevy rear end, which was also another very popular choice back then. The fiberglass body was also produced by Nutrend and being the deluxe model its red metalflake finish was embedded in the gelcoat. You didn’t even have to paint the body. How cool is that? Of course, the Bird logo molded into the T grille shell tells the world of this T-Bucket kit’s roots. And speaking of the world, this Bird T-Bucket kit was purchased by a lucky hot rodder in Sweden who plans to complete it with some nice touches of his own, which we hope to tell you about in the future. If you’d like to learn more about the Bird T-Bucket kits and how they were constructed, or if you’d like to build one from scratch for yourself using the unique Bird old school techniques then check out The Nostalgic Bird T-Bucket Plans.