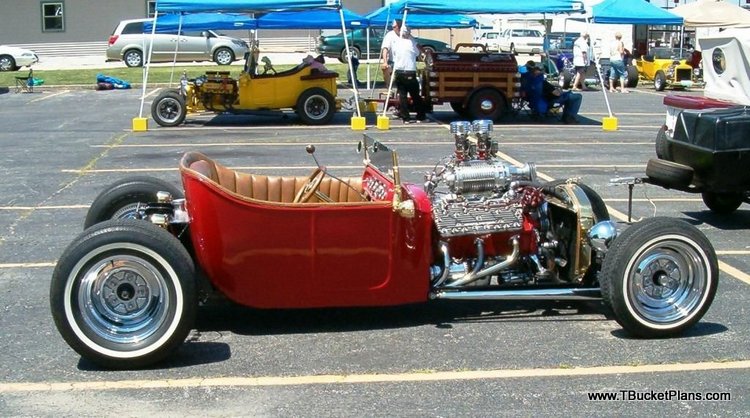 The first time I saw this awesome, low-slung flathead T Bucket in a magazine it blew me away. 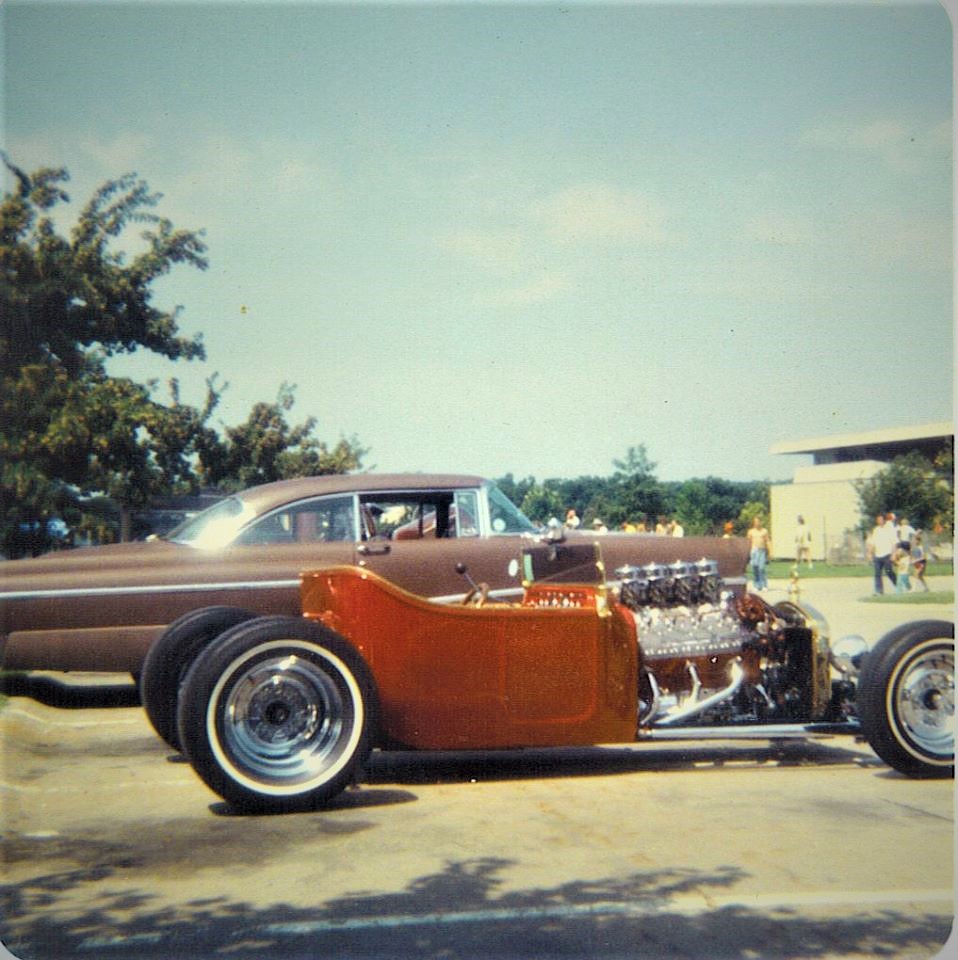 It had the coolest profile I’d seen and, as I’ve mentioned before, I’m also a big bobtail T-Bucket fan. Neither left nor right coast, this little bomb was built by Iowan Dan Holck in the 1970s, initially with a Ford Flathead mill topped by a quartet of Ford/Holley 94s. Unfortunately, I learned that Dan passed away a few years ago. His 2012 obituary read, “Dan had two passions in life: building street rods and doing God’s Ministry.” In 2008 Dan entered a small car show in Monmouth, IL with his 1953 Mercury — the first car he ever owned. The local paper interviewed Dan’s wife, Mary, who commented “He jokes that he still has his first car and his first wife.”

I later saw Dan’s flathead T Bucket in Kev Elliott’s “The History of Hot Rods in 500 Photos”, a great little book I recommend because you’ll spend hours flipping and enjoying its photo-filled pages. Imagine my surprise while attending the 2008 NTBA T-Bucket Nationals in Springfield, Illinois, and actually getting to see this wonderful little hot rod up close and personal. And now, it’s even sporting an Italmeccanica/S.Co.T. supercharger. What’s not to like about this build? Check out that deeply dropped I-beam front axle and the finned Buick brake drums — all chromed and set off by some beautifully chromed split wishbones. With a near perfect profile, the ageless chrome reversed wheel rims are nicely trimmed with narrow whitewalls that are period correct for a 1970s build — and check out that tall shifter, right up there for everyone to see. If there had been no other cars at the National T-Bucket Alliance’s event in Springfield, Illinois, I would have driven home a happy man. The interior is just as beautiful and era correct as the exterior and with the bucket seats it even appears roomy. Of course, the bucket seats are purely functional when you consider the drive shaft tunnel that’s necessary because of the deep channel job on the T-Bucket body. If you look closely, you’ll see behind the seat back and the body a beautifully fashioned fuel tank that is totally unobtrusive and it appears to be fabricated to straddle the quickchange rear axle housing. Speaking of the rear axle, there’s no better way to get the most for your investment in chrome plating than how Dan displays it from this view. From this rear view, the symmetry is stunning and you realize how powerful the look of carefully chosen components can be. After seeing a low-slung T-Bucket roadster like this, it’s only natural to ask “How can I build or buy something like it?’ One thing you can do is follow along on our series about the build of the Fox Valley Hot Rods low-slung T-Bucket.