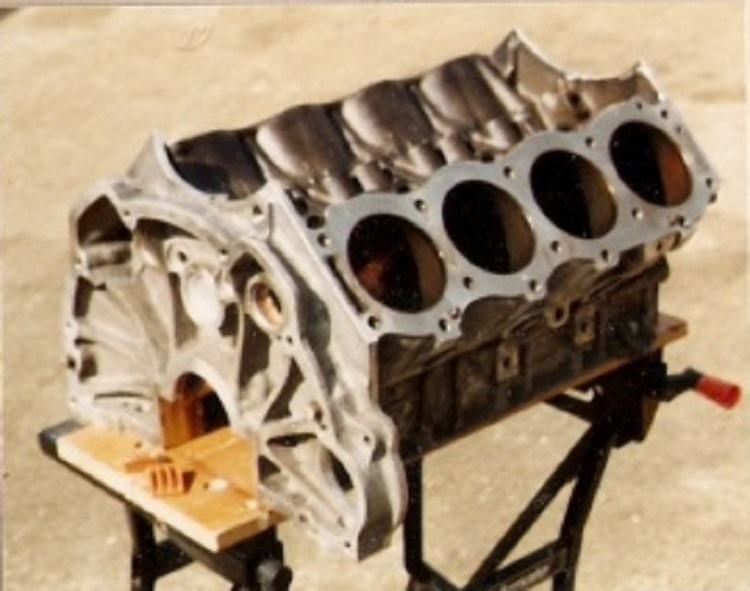 In building a T-Bucket on a budget, the only way to go is with an inexpensive donor engine that, hopefully, is in good running condition and not leaking fluids. Unfortunately, in Dave Melling‘s case the Rover (Buick) aluminum V8 he got for almost nothing with his donor car buy was a little worse for wear. Dave nicely documented his T-Bucket engine disassembly and no matter what engine you choose you’re likely to find some common issues and hints in this installment.

In the following series of photos, the engine is stripped down to reveal some of the underlying construction. In this photo, the valve train covers have been removed to show the rocker shafts and splash shields, thoroughly covered in baked-on oil deposits. This photo also shows the pipes which run under the manifold to take hot water to the heater and back again. The photo above shows the engine minus the alternator and some of the rubber hoses. Because of the vast amount of oil which covers everything, there is not a lot else to be seen! This photo shows the engine minus the inlet [intake] manifold. The following photos were taken to try and get some idea about whether or not it would be possible to cut down the oil pickup pipe and thereby raise the sump [of the oil pan]. Ground clearance for the sump is only a few inches when the engine is installed, and it may be necessary to raise the sump if I find it keeps running aground when the car is driven. At best, about two inches could be gained by doing this. In the above T-Bucket engine disassembly photo the cylinder heads have been removed, along with the oil filter, water pump and the sump pan. Here we see the engine block cleaned up and ready for spraying. All of the old core plugs have been removed, the block cleaned, and then the core plugs were replaced, which you’ll want to do in any T-Bucket engine disassembly and rebuild. Great care was taken when putting in the new core plugs, especially those that would be hidden from view once the engine was fully assembled. Some of the more difficult core plugs, in the oil galleries for instance, had to be drilled out and the threads restored. This photo also shows the crankshaft and the sump. The engine block itself, being aluminum, is easily picked up with one hand because it is so light. The block being used is one of two that I had, this one having the least amount of wear in the bores (0.003″).

So much for the T-Bucket engine disassembly. In our next installments we’ll get into Dave’s beautification and rebuilding of the engine.