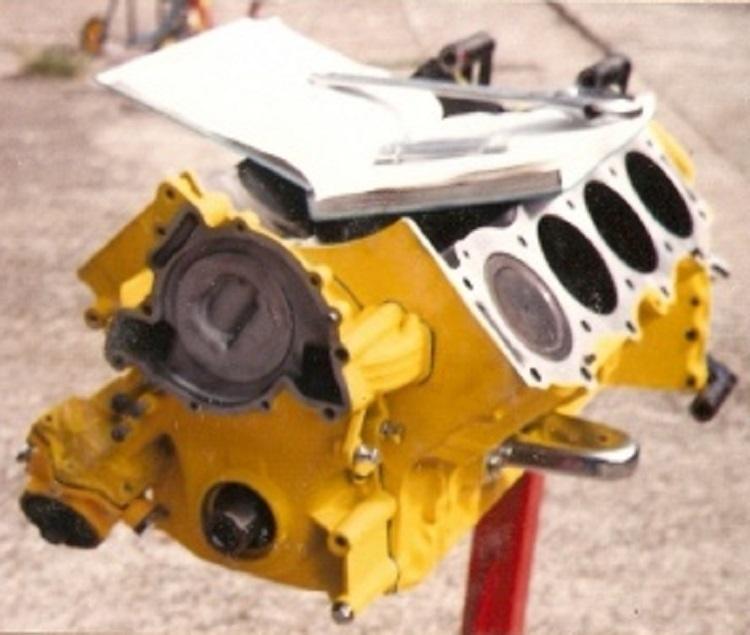 If you’re like most people and building a T-Bucket on a budget, you’ll find it necessary to do some (hopefully minor) engine rebuild. In Dave Melling‘s case he wasn’t going for all out performance. He just wanted to freshen things up for dependable, long life. Here are some of the steps he took in his T-Bucket engine assembly. These photos show the early T-Bucket engine assembly steps. The photo above shows the pistons which are the later, better type. They were cleaned up and fitted with new, standard size piston rings. By using pistons from another engine which are slightly larger than standard, the small amount of wear suffered by the block (0.003″) is taken up. The photo above shows the block completely empty and ready for assembly. The ruler placed on top of the block is only 18″ long and gives an idea of just how small the block is before the other parts are attached. These photos show the engine at a later stage of its assembly. The photo above shows the engine after the pistons and crankshaft have been installed, along with the timing chain, front cover and oil pump. The chrome plated engine mounts are there on either side of the block. This photo shows the crankshaft in situ with all pistons and big ends attached. The problem with working on an engine which is yellow is that it is necessary to have a respray after each gasket joint has been made, otherwise you have a load of sealing compound all over the engine. It isn’t hard to keep clean, funnily enough, as long as all the parts that you handle have been cleaned beforehand. These photos show some of the engine components being assembled and painted prior to fitting them to the engine. The photo above shows the chrome plated sump pan in the background, also the big bag of chrome plated bolts. In the foreground on the workbench is the oil filter housing and oil pressure sensor units and relief spring. You can also see the alternator in the box under the bench — it has been sprayed and assembled ready for fitting. This photo shows the starter motor and alternator being sprayed with Hycote very high temperature paint. There cannot be many cars with a bright yellow starter motor!

Once the T-Bucket engine assembly is complete it can be mated to the transmission and installed in the T-Bucket chassis. That’s our next installment.