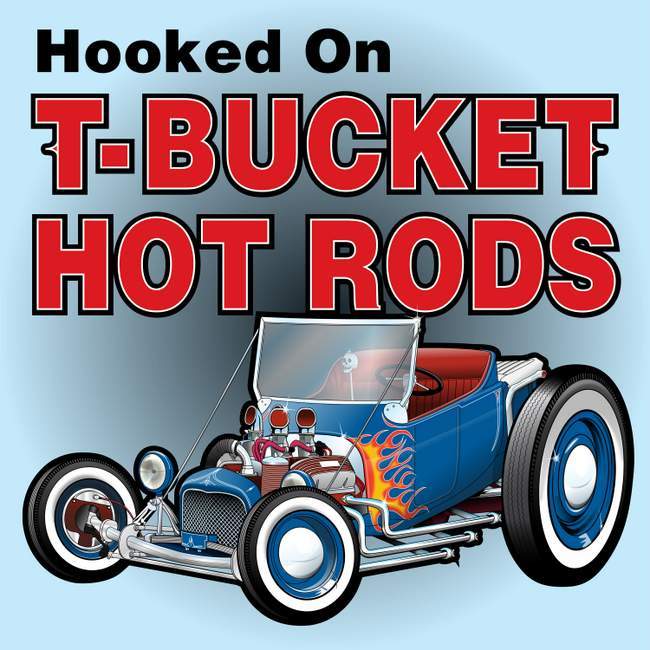 Almost two years ago, I came to the revelation that what this world needs is a podcast about T-Buckets. Strange thing was, I’d only listened to my first podcast a couple months before. I had been doing daily walks for exercise and got tired of listening to music and wanted something more intellectually stimulating during those walks.

From time to time I would hear someone mention listening to a podcast, although most that my friends mentioned were political podcasts. So I opened up the podcast app on my smartphone and started listening to some political podcasts, but the inherent frustration of that topic lasted only about a week. I had heard there were podcasts on subjects ranging from knitting to ancient history so I searched in the podcast app to see if there were any podcasts related to hot rods. And there were some, but not many. But I listened to them and inspiration hit. Why not a podcast about T-Buckets?

Heck yes! I’ve been interviewing T-Bucket builders for over ten years now with the aim of turning their words of wisdom into blog posts here at TBucketPlans.com. Most everyone I interviewed, though, was fascinating to listen to and had more fun and informative things to say than I had the ability to capture through my notes. So why not create a podcast about T-Buckets so that T-Bucket lovers now and in the future would be able to actually listen to those great stories.

It’s been over a year in the making, and you’ll learn why in the introductory episode of my new podcast about T-Buckets: Hooked on T-Bucket Hot Rods.

Click on over to TBucketPodcast.com to listen to the first episode of our podcast about T-Buckets. And you’ll be glad to know that it’s all free and you can listen to the upcoming episodes on your PC, on your smartphone or tablet. We’ve even included some helpful info on how to subscribe so you won’t miss an episode. I really think you’re going to love it.

3 thoughts on “A Podcast About T-Buckets? You Bet!”