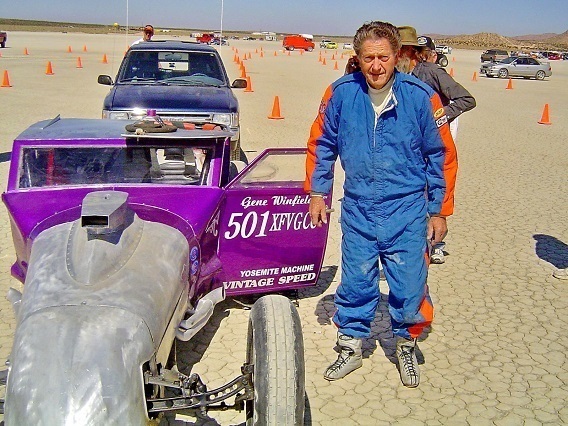 At the age of 91, Gene Winfield has been the “Energizer Bunny” of customizers, traveling everywhere doing demonstrations, signing autographs and inspiring thousands. Among thousands of custom accomplishments, Gene did the bodywork and paint on the famous Tognotti King T.

But now he needs our help. While in Finland, on a car show tour of Europe, Gene had an accident and broke his hip. It required surgery including a stainless steel plate and screws. At his age and in his present condition, it requires special air transportation to bring him home. And it’s very expensive.

A GoFundMe campaign has been set up to help raise the money to get Gene Winfield back home to California. If you’ve ever enjoyed or been inspired by Gene’s work, please consider making a donation. $30,000 of the $150,00 goal has been achieved in the past half day, but it’s going to take everyone’s help. (Note: If you’re curious about the amount, it has to cover private specially equipped medical jet travel, as well as accompanying trained personnel, from Europe to California. Fortunately, as you’ll see below the amount was able to be reduced by one-third).

Thank you everyone! They were able to find a less expensive medical flight and the goal was reduced to $98,000 and has been achieved through donations by 1,310 people in 2 days! Depending on Doctors’ evaluations, Gene Winfield will be on his way back to California soon. We’re very thankful for your support in the overall effort which has been directed by many of Gene’s fans throughout the world.

Click here for more information and to make a donation. 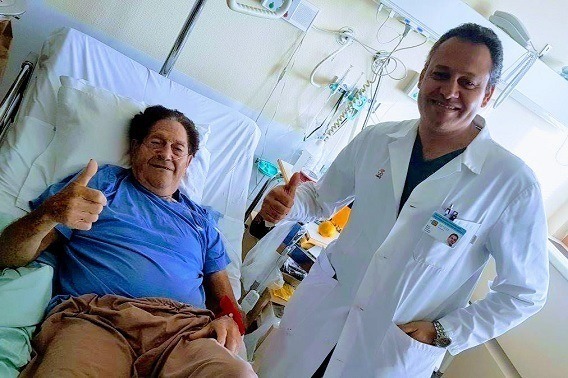 We don’t have anything to do with the fundraiser, we’re just helping spread the word to our email list and through this blog post and making a contribution ourselves. Help spread the word, and feel free to share this post to all your T-Bucket hot rod and custom car friends.