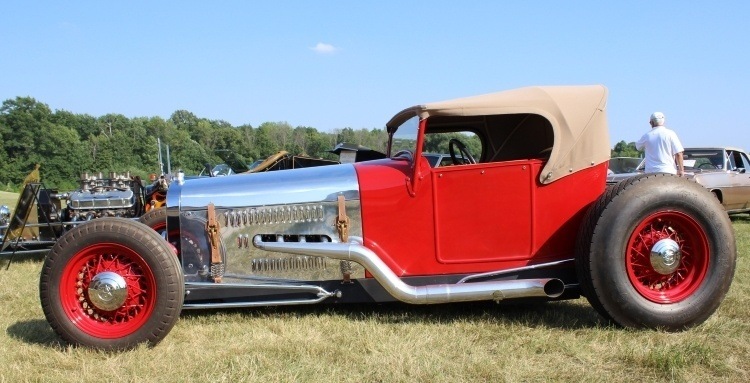 Somebody will see a 1926 or 1927 T roadster like Stan Johnson’s beauty I had the pleasure of seeing again in Wisconsin this weekend and say, “That’s a T modified or a Lakes Modified. It’s not really a T-Bucket.” (We’ll have more pics of Stan’s T in a future story.)

Or someone else will be admiring Charles and Lavelle Tunnell’s 1927 T and mention that it’s a really sweet T roadster, but not one of those T-Buckets. Hey, I’ll do it myself sometimes because I might think the T owner would feel I wasn’t giving the car proper respect calling it a T-Bucket.

T roadster, modified, lakes modified are all proper terms when referring to a particular type of 1926/27 T roadster. And so is T-Bucket. Here’s why.

The term T-Bucket refers to a Ford Model T two-passenger body, known back in the day as a “runabout” as shown in the above ad. (Yeah, that’s a crazy price for a new car. But, in 1924 the average annual income was $2196, a new house cost $7720 and gas was 11 cents a gallon. Before you get too excited: a Victrola record player was $150 and life expectancy was 54.1 years!)

More specifically, T-Bucket refers to the passenger compartment of a Model T runabout body, which does look somewhat like a big bucket when viewed by itself. Once it’s built up as a hot rod it doesn’t make any difference whether it has a turtle deck, pickup bed or nothing else behind the “bucket” it’s known as a T-Bucket. 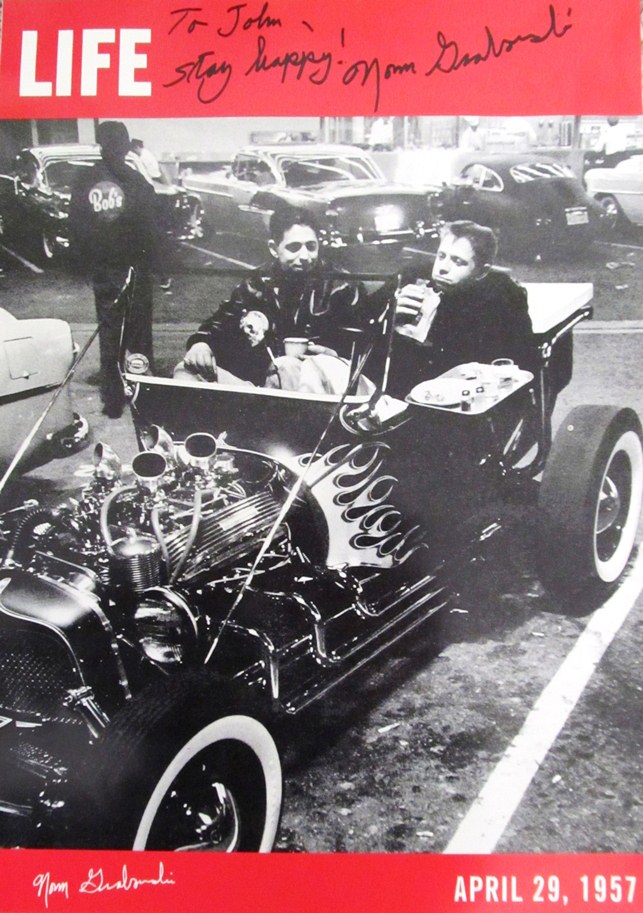 While I don’t know when the term T-Bucket originated its use became much more popular after Norm Grabowski’s radical T roadster appeared in LIFE magazine in 1957, and a year later on the television series 77 Sunset Strip.

It’s ironic that what’s undoubtedly the most widely known T-Bucket really isn’t based on a Model T runabout. Say what?

In 1952 when Norm Grabowski set out to build a hot rod he bought a Model A for $100, kept the chassis and ditched the Model A body in favor of a smaller, lighter Model T body. But availability and budget didn’t match up in terms of a desired Model T runabout body. Instead, some creativity was applied to the more mundane Model T touring car.

What Norm used for his T-Bucket was just the forward portion of the touring body, with the rear passenger section left for the scrap pile. 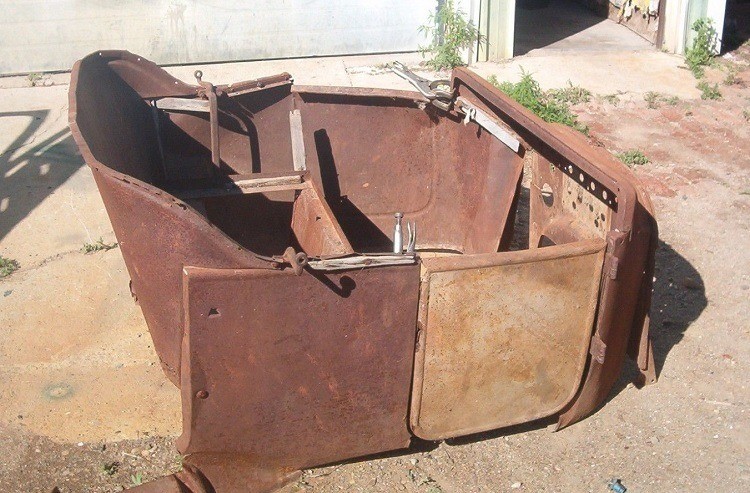 The photo above shows what Norm basically used for his body. 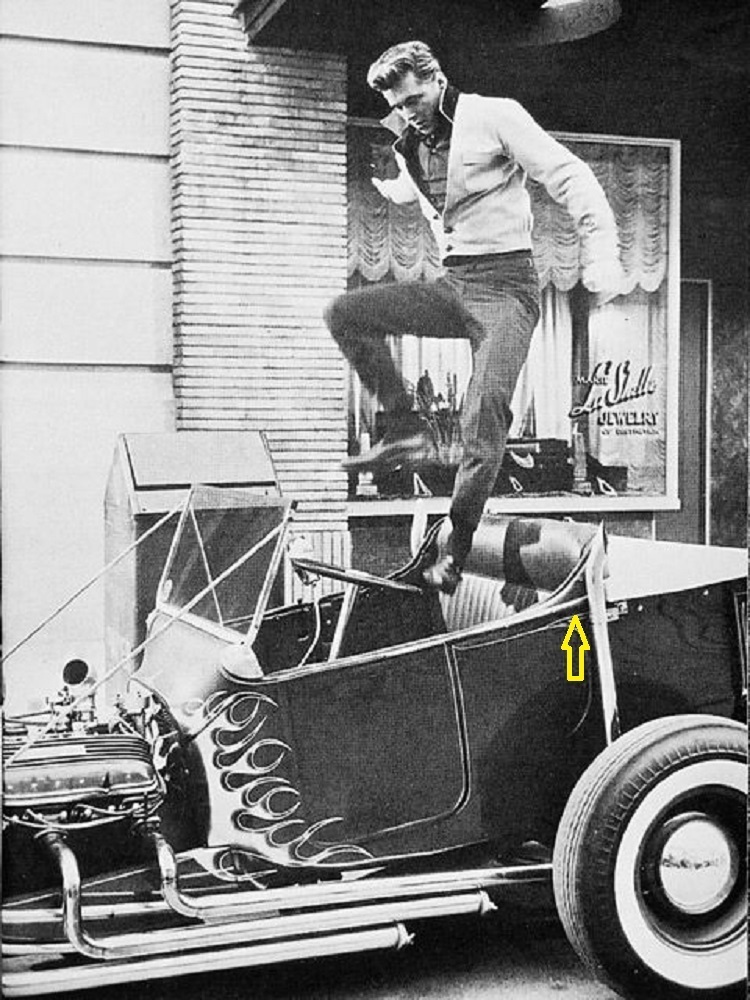 The telltale sign of the use of a shortened 1922 Model T touring body as a replacement for a runabout is the horizontal body reveal line that runs straight to the rear of the body rather than sweeping up with the back as on a runabout. Shown by the yellow arrow above. 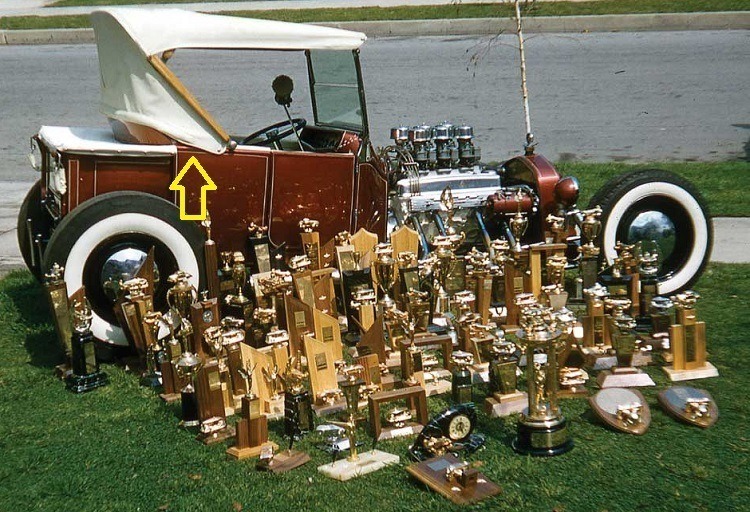 In 1956 Tommy Ivo would also have to resort to a 1925 Model T touring body rescued from the desert to build his legendary T-Bucket. Note the horizontal reveal above the yellow arrow.

Worth stopping here to think about two very interesting points:

The runabout body was still being offered in the Model T line after its first big body style change since 1915. Ken observers will note the new model is $5 cheaper than the 1924 model. 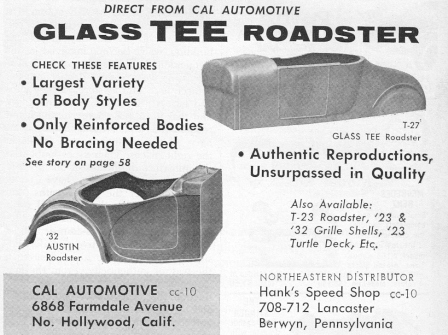 My one man’s opinion on why many are reluctant to refer to 1926/27 T’s as T-Buckets is because since the 1960s most all of the fiberglass 1926/27 T roadster bodies have been produced as a one-piece unit, with the turtle deck integral to the body. However, that was done more as a convenience and from an aesthetic standpoint by people like Curt Hamilton and Bud Lang at Cal Automotive. 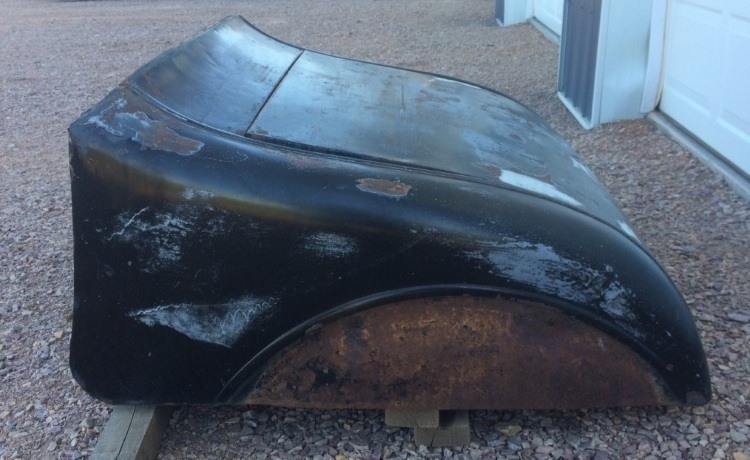 You don’t see them very often by themselves, but the photo above shows a turtle deck for a 1926/27 T runabout. 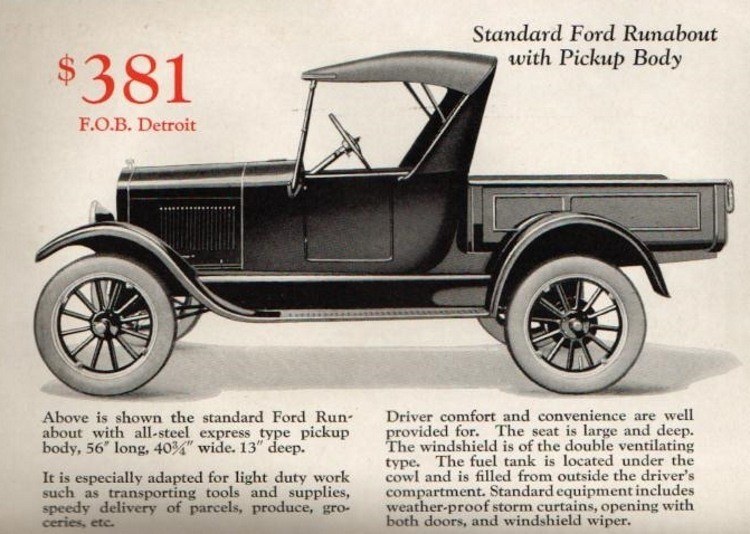 In fact, in 1926 Ford offered the runabout roadster with a 56-inch long pickup bed in place of the turtle deck. 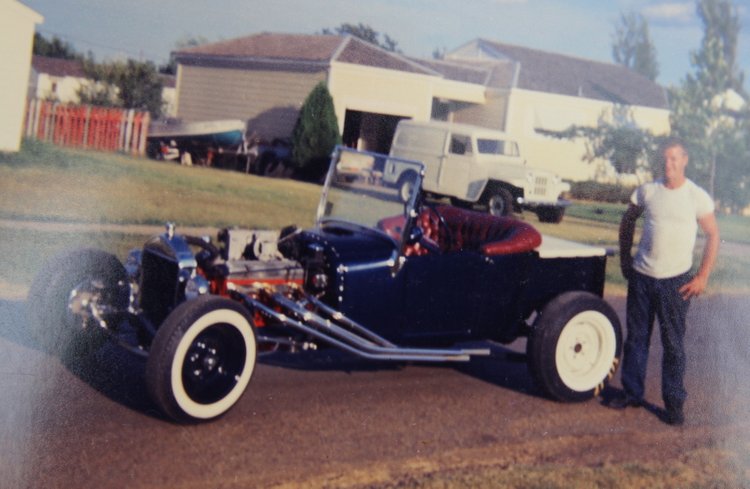 It’s interesting to note that Charles Tunnell’s T roadster shown as the second picture in this story started out as a 1927 runabout bucket with an abbreviated pickup bed. Only much later was the bed replaced with a turtle deck. 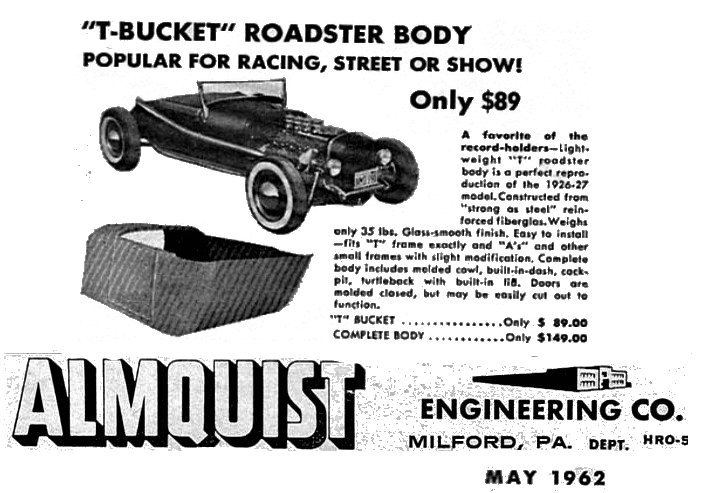 Over the years, just a few companies offered the 1926/27 T-Bucket body by itself. From a practical standpoint, they’re a tad roomier than a ’23 T-Bucket body. But from the standpoint of looks they’re pretty boxy looking and the cowl looks kind of crude compared to the nicely tapered cowls of 1915-23 T-Bucket bodies. That’s why I don’t believe they’ve been very popular in the fiberglass body world.

So now you know that whether it’s a 1915, 1923 or 1926 T roadster you can call it a T-Bucket without hesitation. But, hey, it’s just a label and this is a sport open to creativity and an “anything goes” attitude. The point being, you can call them whatever you feel comfortable calling them as long as you’re encouraging and supporting the T-Bucket hobby.