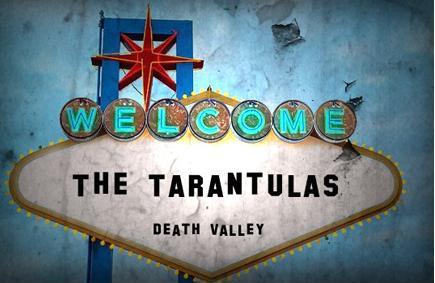 If T-Buckets weren’t so doggone popular, nobody would be inspired to write cool tunes about them. When’s the last time you tapped your foot to a groovy ’34 Ford instrumental? We’re very happy to be able to share with you another T-Bucket instrumental titled “T-Bucket” (what else?) by a group named The Tarantulas. The Tarantulas formed in 1995 in Orlando, Florida. Guitarist Randy J and drummer Chris Valentino, who had played together in other projects around the central Florida area, created the foundation for what would end up becoming an early 60’s influenced surf trio embracing guitar melodies in the style of The Lively Ones, Link Wray, Dick Dale, and the Ventures. The Tarantulas released “Monster Wave 100 Feet High” in 1999, followed by “Bandidos De Rojos” in 2000, “The Tarantulas Greatest Hits..or…The Big Sellout” in 2004, and “Don’t Murder Anyone…Listen to the Lovebeats” in June 2006. It was on the “Don’t Murder Anyone …” album that they introduced the instrumental, “T-Bucket”

According to Randy J, “The story behind our song ‘T-Bucket’ is that it’s a really raw stripped down hot rod tune; very basic but driving at the same time. And, because I like old hot rods that have those same qualities, I thought it would be appropriate to name it ‘T-Bucket‘.”  You can listen to it using the Flash player on the Tarantulas website. It’s selection number 13. Have a listen. We think you’ll like it!