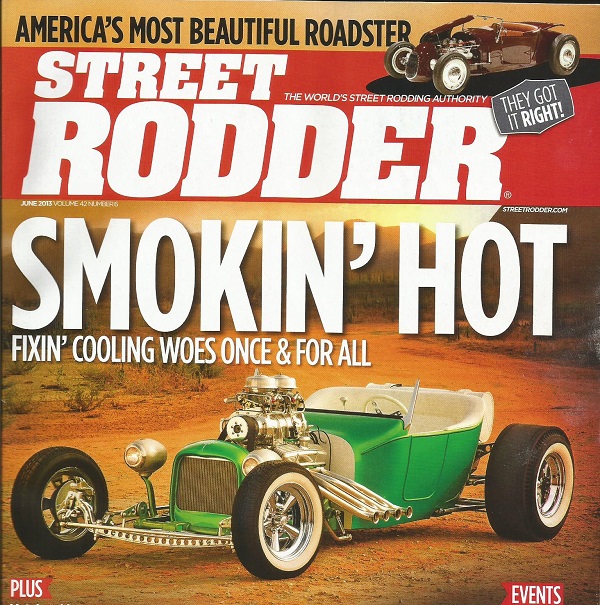 Befitting a cover car, they devoted four pages to Daniel’s eye-catching T-Bucket hot rod that’s a nice blend of old and new. Better grab your copy of the mag now, because you’ll want to take in all this T has to offer.

As Tim Bernsau noted in the story, “If this month’s cover made you think you were looking at a STREET RODDER from our early days, that’s understandable.” Sure nuff! While the inaugural 1972 issue of STREET RODDER was heavy on ’33 and ’34 Ford hot rods, the cover of Vol. 1, No. 2 featured two T-Bucket hot rods. The nice coverage of Daniel’s T wasn’t the only T-Bucket attention in the new issue. If you look closely at cover you’ll also see the “Kelly Brown Track T” ’27 roadster of John Mumford, built by Roy Brizio, that recently won America’s Most Beautiful Roadster honors and is covered in a great three-page story in the mag. And as a final reminder of STREET RODDER‘s T-Bucket hot rod heritage, in their “20 Years Ago” feature they include a nice photo from the 41st Detroit Autorama of Mark Vilano’s hemi-powered black T-Bucket with its wide whites and Moon discs.