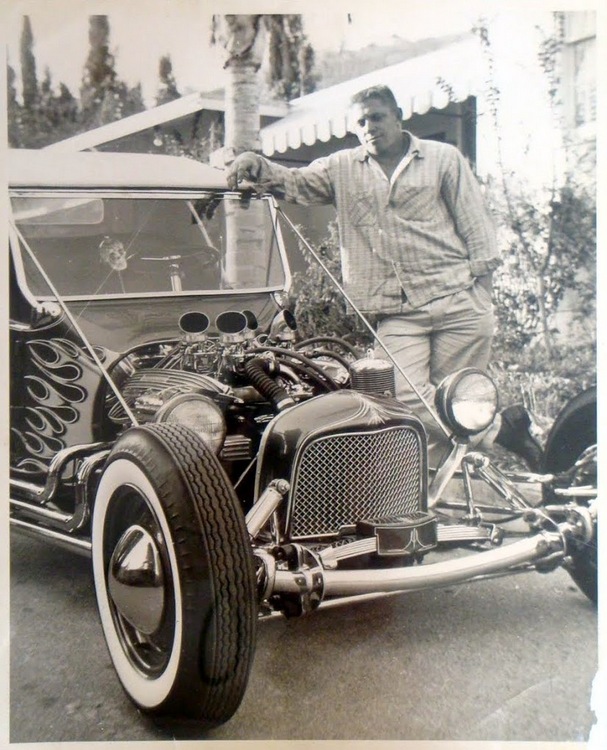 Let the controversy begin. Sure, some T-Buckets are based on 1915 Model T Ford bodies while others may use as late as 1927 Ford roadster bodies, but popular belief and history identify the hot rod we love as a 1923 T-Bucket. Here’s why January 1, 2023 marks the T-Bucket 100th birthday.

Some may say the Model T Ford of 1923 isn’t remotely like the T-Bucket of today, or the past 70 years for that matter. That’s true, but it’s still the T-Bucket 100th birthday. That makes no sense, you say …

Well, actor Kirk Douglas was 103 years old when he passed three years ago. And after a distinguished acting career he looked nothing like the cute infant his parents brought into this world in 1916. In fact he didn’t become a professional actor until after his 24th birthday. And it’s worth noting he was not born Kirk Douglas. His birth name was Issur Danielovitch. But upon his passing the headlines referred to “Kirk Douglas, Hollywood Icon”. The same logic applies to celebrating the T-Bucket 100th birthday.

From the beginning, because they were so cheap, durable and easy to work on the Model T Ford was the first real hot rod. And hot rodders immediately began exercising their creativity to improve the Model T’s performance, as well as appearance.

In fact, some of the earliest custom bodies that were produced to allow an average guy to turn his Model T into a high performance racer were produced in my home town. One more hot rod evolution of the Model T toward the T-Bucket 100th birthday we celebrate in 2023.

But fifty bucks back then was still a lot, so grass roots hot rodders took what they could afford and gradually made changes that improved performance and appearance.

As an example, in the 1930s young John Athan (who later built the “Elvis” Model A roadster that was featured in the movie, “Loving You”) sold the four banger Model T roadster he built to his friend Ed Iskenderian.

You can bet that Norm Grabowski and Tommy Ivo were heavily influenced in their T-Bucket build by the stylish Isky roadster built a couple decades before. For more on the Isky roadster and his pioneering cam grinding I highly recommend “Isky: Ed Isky Iskenderian and the History of Hot Rodding” by Matt Stone.

I could go on, and will another day, but for now let’s celebrate the T-Bucket 100th birthday!