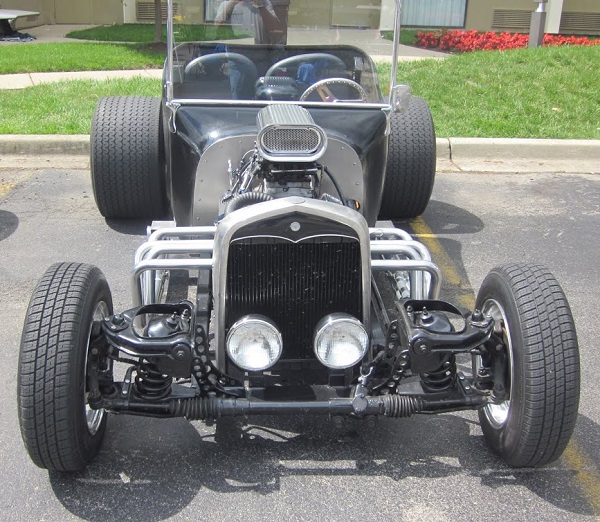 The Mustang II Front Suspension is often overlooked as a T-Bucket component, but under the right circumstances and when done correctly can offer some interesting comfort and performance benefits. Why the Mustang II Front Suspension? But, the real reason hot rodders consider the Mustang II is because it handles so well, it provides better brakes and is an easy way to adapt precise rack and pinion steering. Of course, like everything in hot rod building the final result is only as good as the care and thought that were put into it. So, some Mustang II conversions are much cleaner looking than others. In essence, the Mustang II crossmember replaces the conventional T-Bucket crossmember that’s used with a transverse leaf spring and the track width works out to be about the same as when a straight front axle is used. It’s really a personal choice. Do you like the cleaner look of a traditional dropped straight front axle or are you wanting a much smoother ride with better cornering and stopping capability? Sometimes such decisions are easy and sometimes they’re tough, but if you’d like to learn more about the Mustang II Front Suspension as a possible T-Bucket or street rod alternative, we have some great additional information available on our sister website, www.HotRodPlans.com. If you’d like to learn more about the Mustang II Front Suspension, how you can build your own on a budget, and discover the Top 10 Reasons Street Rodders use it, then click here>.

15 thoughts on “Mustang II Front Suspension and the T-Bucket”