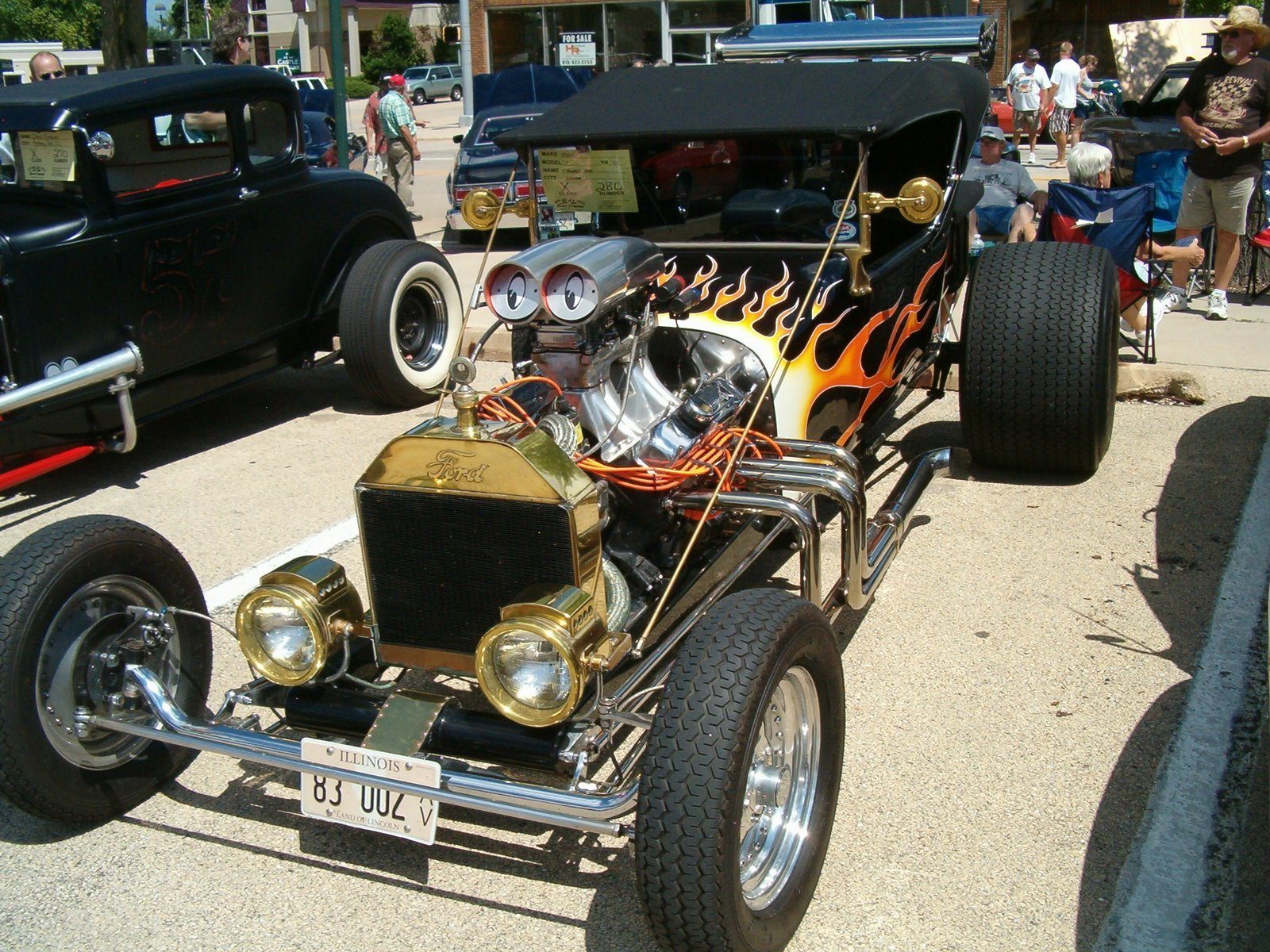 A real treat is in store for you T-Bucket photo lovers in this Let’s See Your T! installment because I frequently run into Bob Zellhoefer‘s flamed T-Bucket from Roscoe, Illinois at local events. So, some of the photos here were provided by Bob and others I took. And if you compare the above photo with the first one you’ll see why I titled this Bob’s “Ever-Changing T-Bucket”. I really like Bob’s tasteful use of brass because it evokes the older “Fad-T” look, but it’s combined with more modern elements. While the brass headlights and grille shell catch your eye, the more you look you’ll notice the clever use of brass as a nice cover for his spring perch. And it’s really not evident until you look closely in this view that the T-Bucket body has been nicely stretched in the cowl for more leg room. The orientation of the steering box and Pittman arm work nicely to parallel the lines of the frame. The monster rear tires tuck in nicely, close to the body and the rear axle is positioned so that they’re in perfect alignment with the short pickup bed. Personally, I think Bob has one of nicest shaped tops I’ve seen on a T-Bucket. In this view of Bob and his T you can see it start to evolve in appearance — most notably with the carb velocity stacks being replaced by the shotgun scoop. And, as you move to the side view, that awesome wing comes into view signaling that Bob’s T is now in its “competition” mode. If you hadn’t noticed yet, Bob’s not content with a small block Chevy, as that front-mouned distributor indicates. To complete the competition look, you’ll also note the wheelie bars and the drag chute. What’s really great about Bob’s T, aside from its versatile appearance, is the fact that the more you look at it the more nice details you see. We hope you’ve enjoyed these photos as much as we have in sharing them with you. Now, Let’s See Your T!