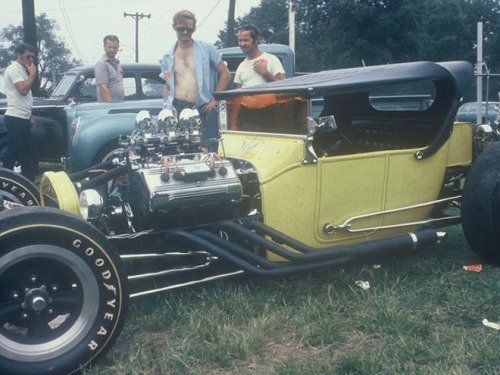 Cotton Werksman has achieved a lot in the hot rod world. But, in my T-Bucket loving eyes, the greatest Cotton Werksman achievement was his 1915 “California modified” style T-Bucket. In introducing Cotton Werksman’s T in their December, 1968 issue, Rod & Custom magazine used the headline, “Originality — Craftsmanship — Roadability — no praise is too lavish for the newest and neatest streetster of the century”. And that was fact, not hype. Cotton had designed and built his own tubular space frame with a sprint car front suspension sporting Indy car disc brakes. The rear suspension was even more radical with a Cotton-built independent rear suspension based on a Frankland quickchange center section, GM parts for axles and one of the earliest uses of coil-over shocks for street rod suspension. The rare, eye-catching 276 cubic inch Ardun engine was based on a ’46 Ford flathead and with its sextet of Stromberg 97’s and accompanying internal goodies dynoed out at 300 horsepower. More than adequate for such a low-slung 1500 pound roadster. One of the T’s most memorable and confusing elements, though, was the Chinese lettering on the fuel tank. While the letters spell out “Cotton” they were inadvertently applied in reverse by the striper. Cotton’s T had enough street cred to earn membership in the prestigious L.A. Roadsters. Quite an accomplishment for a guy in Chicago’s far suburbs. To top it all off, by having the skills to be able to do virtually all the fabrication on his T, Cotton accomplished this feat on a budget of only $1650! An astonishing low figure to get such a dramatic result even 47 years ago! Much more can be written about Cotton and this incredibly innovative T-Bucket (and its offshoots), but I’ll leave that for another day. 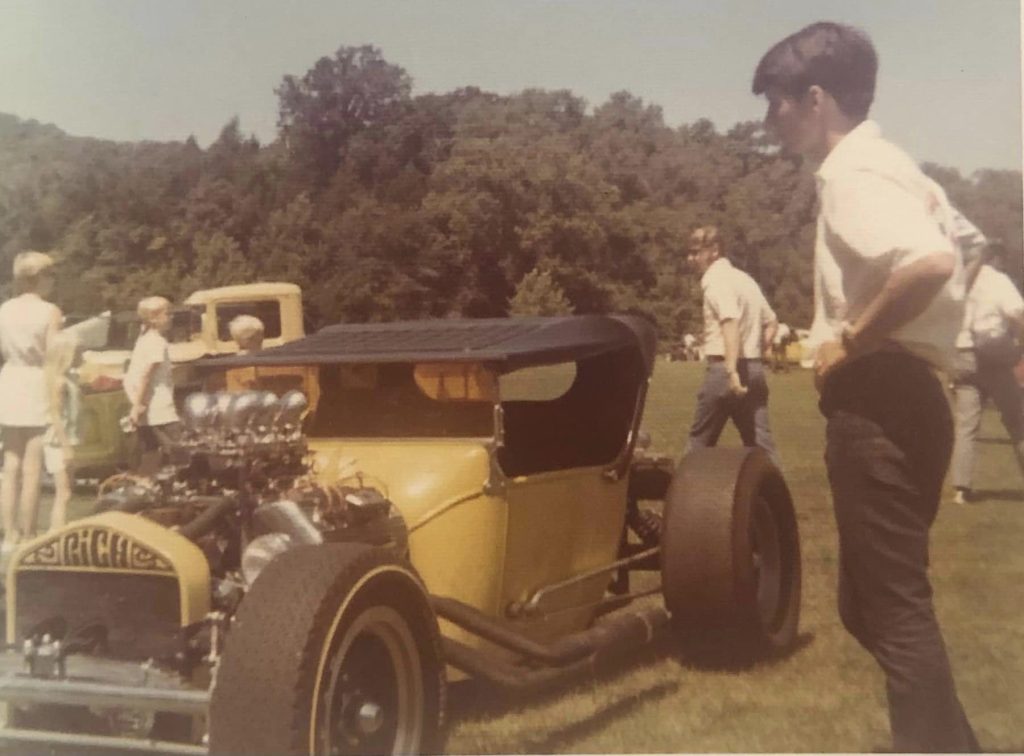 Like most hot rods back in the day, Cotton sold the T and it was sold again and pretty much lost. Over the past 25 years, though, he’s been looking for it and that’s the beauty of this story. 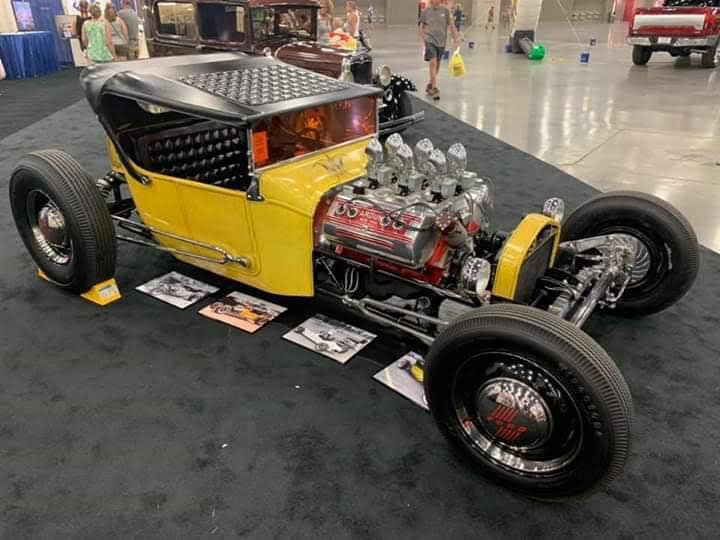 You see, Cotton celebrated his 83rd birthday this month. Coincidentally, Greg Hall, a good friend of Cotton’s, who also owns another T Cotton had a big hand in building, found and purchased Cotton’s original yellow T. As a special birthday surprise, they brought it to the shop of Cotton’s son, Matt. As Matt noted, “I was surprised that my Dad took the car out for a ride! 😉 He hopped in like a kid and tore down the street. It was a great day for all involved.”

To make it even more special, Cotton’s friends enlisted the aid of Hemi T-Bucket guy Curt Zimmerman in putting together this fun video of the occassion. Watch and enjoy as Cotton inspects it and notes the changes that had been made. Then see 83-year-old Cotton jump in the T and take it for a drive!

The Cotton Werksman tradition of hot rod engineering, style and attention to detail fortunately continues today through his son, Matt Werksman, who started building flatheads and Arduns under his father’s tutelage before he was old enough to get a driver’s license.

It’s a real delight to see such a historically significant T reunited with its original builder. I’m sure Cotton Werksman’s hot rod fabrications will continue to inspire generations to come.