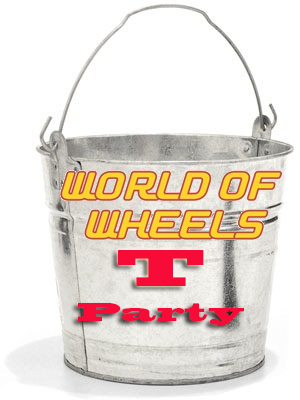 The Chicago World of Wheels car show has been drawing huge crowds since 1962, and after relocating to the Donald E. Stephens Convention Center in suburban Rosemont is even easier to get to for most attendees who don’t reside in the city itself. In terms of attendees, the Chicago event is second only to the Detroit AutoRama in the Championship Auto Shows series and draws some 90,000+.

At the 2013 event, which will be held March 1-3, organizers are planning a big “T-Party”, featuring everybody’s favorite hot rods: T-Buckets.

This is your opportunity to be part of this select group of exhibitors if you’re a T-Bucket owner and it’s also an opportunity to see a great selection of T-Buckets at this year’s show.

Applications are available online but they must be printed and mailed to the event committee office.

We understand that the organizers hope to have from 15 to 20 T-Buckets grouped together in a special exhibit area that will be certain to draw lots of attention. So spread the word and we hope to see you there.