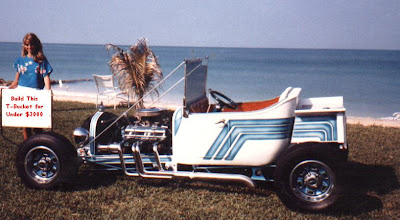 Here’s something to be cheery about in 2016.

Chester Greenhalgh wrote “How to Build a T-Bucket Roadster for Under $3000” in 1986. With the recent eBook rerelease I wondered what inflation had done to that proposition over the past 30 years. According to the official U.S. Government “Inflation Calculator”, based on the Consumer Price Index calculator, that $3000 build in 1986 would only be $6,608.43 in 2016!

For comparison, the average price of a new car in 1986 was $9,255 while the average new car cost in 2016 is $34,372. So, in 1986 you could build a T-Bucket for about 33% of the cost of a new car, while today your T-Bucket would cost less than 20% of the cost of a new set of wheels. That’s pretty good news considering you can still buy a small block Chevy donor car for $500 and with the advent of the Internet, eBay, Craigslist and places like Harbor Freight, parts and tools are much easier to come by and often more economic today.

So, what’s stopping you?