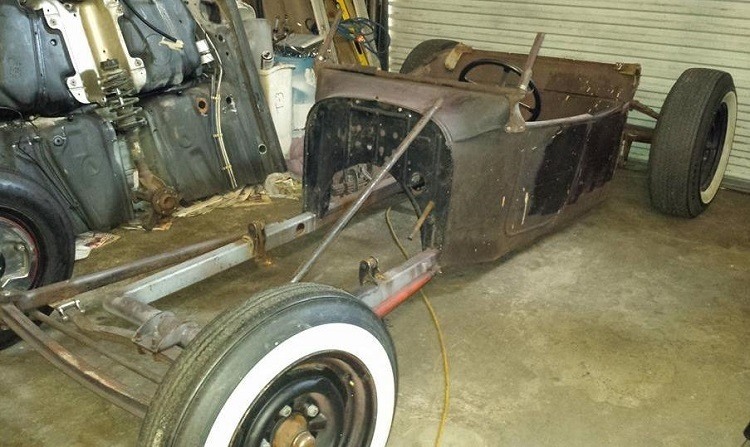 Is it possible to buy an unfinished T-Bucket project with only the most basic of parts, but no engine and transmission, and have it running in under three weeks? That’s the challenge before Cody the Car Guy as he prepares to get an unfinished steel-bodied rat rod T-Bucket project completed, rolling and licensed in time to make the 20th anniversary Cruisin the Coast early next month in Gulfport, Mississippi. And who is Cody the Car Guy you ask?

Well, Cody is a mechanic who’s done it all and gone from backyard mechanic to having his own large, well-equipped shop. About three years ago he set up a YouTube channel and has created over 500 videos. Cody the Car Guy’s YouTube Channel shows you “how to fix your cars or trucks and trying to save you some bucks.” On the channel he shows you that you can do most repairs at your home with normal tools and also your own troubleshooting to help fix your cars or trucks.  In addition, he has videos with tips, tricks and tool reviews. And to keep things entertaining he’s included some other unique videos like “How to make home made mosquito traps” among others. If that’s not enough, he’s also created some cool “Fact or Fiction” videos on subjects like “Does WD40 remove scratches?”

You’ll want to check his YouTube Channel out. And speaking of YouTube channels, if you haven’t already we also encourage you to visit and subscribe to free updates from our TBucketPlans YouTube Channel. We have almost 100 T-Bucket focused videos there you’re likely to enjoy.

Cody also builds custom cars and trucks in his shop. Cody has stripped the unfinished T-Bucket project he bought down to the bare frame and is ready to start building at a rapid pace. The video below will show you what he has to work with and I know many of you will be interested to learn he plans to power it with a Chevy LS motor backed up with a 700R4 transmission.

This isn’t a slam-dunk by any stretch and I’m sure there will be some interesting and amusing changes along the way. So check back here daily and we’ll keep you informed with new updates.